The Thinking Person’s Guide to Betting the Belmont Stakes 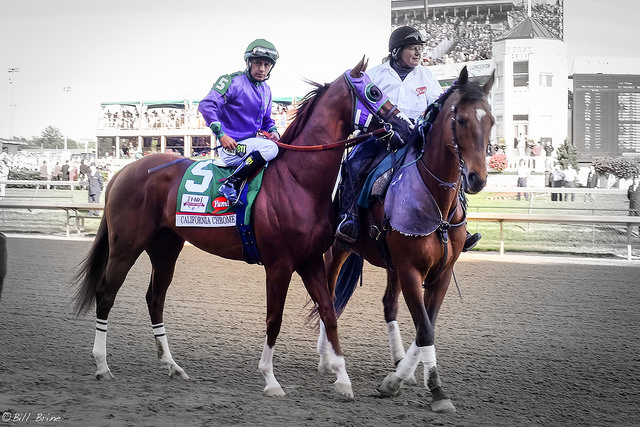 So how should you bet the race? California Chrome will be a prohibitive favorite, partly because he deserves to be based on past performances, and partly because it is fun and exciting to be able to say that you bet on the horse who won the Triple Crown. I can remember the specifics of very few horse races, but I still remember exactly where I was watching on TV when Secretariat won the Triple Crown because I had decided after the Preakness that he was my favorite horse. I was six years old. It’s fun to feel a connection to a champion.

Most likely, way too much money will be bet to win on California Chrome, for the reasons above. The more money that is bet on him, the worse the odds. I doubt that it will be a smart bet to play California Chrome to win.

A place bet on California Chrome, on the other hand, might not only be a better bet, but also, give you a better story to tell 35 years from now. When California Chrome won the Preakness, a $2 bet to win returned $3. A $2 bet to place also returned $3! If a person could have known in advance that would be the case, he/she would never have bet the horse to win. A place bet pays off whether the horse finishes first or second, so if you get the same payoff for a place bet as a win bet, it is a bargain. You can’t know with certainty what the place payout will be ahead of time because it depends on what other horse finishes in the top two, but if you watch the allocation of money in the place pool you can get a pretty good idea. Sometimes crazy things happen. When Big Brown won the Preakness, he paid $2.40 to win, $2.60 to place, and $2.40 to show! Wouldn’t it be a great story to tell your grandkids about how you bet the horse to place and it paid more than it did for a win?!

But, if you really want my best bet, it is not California Chrome to place or show, it is Commanding Curve to win. Commanding Curve will be a long shot — odds around 14-1 — but according to my model he offers the best value.

And, if you are a casual bettor looking for a fun place to bet on the race, let me throw in a plug for Derby Jackpot, a horse-racing betting website that is run by some of my friends.