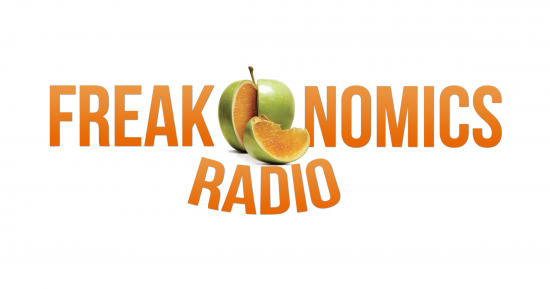 Companies around the world spend more than half-a-trillion dollars each year on ads. The ad industry swears by its efficacy — but a massive new study tells a different story.

How Safe Is Your Job?

How to Save $1 Billion Without Even Trying

On this week's episode of Freakonomics Radio: Doctors, chefs, and other experts are much more likely than the rest of us to buy store-brand products. What do they know that we don’t? And if we all did like they do, how much fatter might our wallets be?

Then, imagine a fantasy world that’s exactly as the world is today except that two things are missing: alcohol and marijuana. And then imagine that tomorrow, both of them are discovered. What happens now? How are each of them used – and, perhaps more importantly, regulated? How would we weigh the relative benefits and costs of alcohol versus marijuana?

he NFL's Best Real Estate Isn't For Sale. Yet.: The NFL is very good at making money. So why on earth doesn't it sell ad space on the one piece of real estate that football fans can't help but see: the players themselves?

This weekend, the NFL makes its annual pilgrimage to London for a one-off game at Wembley Stadium. This year, the Denver Broncos play the San Francisco 49ers. The game will be played just like it's played in the States, but it'll look a bit different.

For a typical NFL game, the only advertising visible at field level comes from sponsors who, according to the NFL, are related to the playing of the game itself: the Gatorade cooler, the Motorola headsets, Wilson footballs, Riddell helmets and a small Reebok logo on the uniforms. But in London, the league opens up the playbook and sells field advertising for products that have nothing to with the game of football. (Or at least playing the game - beer, for instance.)