At issue: The Montgomery Bus Boycott, the South African divestment campaign, Chick-fil-A! Almost anyone can launch a boycott, and the media loves to cover them. But do boycotts actually produce the change they’re fighting for?

How to Be Less Terrible at Predicting the Future (Ep. 233)

Experts and pundits are notoriously bad at forecasting, in part because they aren’t punished for bad predictions. Also, they tend to be deeply unscientific. The psychologist Philip Tetlock is finally turning prediction into a science — and now even you could become a superforecaster. 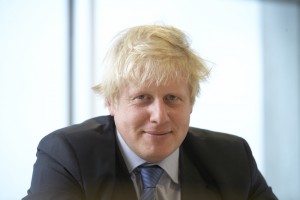 What is Boris Johnson?

A better question might be: what isn't Boris Johnson? He is, inter alia, the Mayor of London; a prolific author, journalist and, as of this month, a biographer of Winston Churchill; a once and possibly future Member of Parliament; a potential future Prime Minister himself despite being a "self-styled joke" who occasionally gets stuck on a zip-line; an American by birth (and U.S. passport holder).

He is also, as you'll hear in our latest Freakonomics Radio podcast, a painter of old cheese boxes, a collector of wooden tennis rackets, and a man who would inspire England's national soccer team by copying how Saddam Hussein's son Uday reportedly inspired the Iraqi national team: "When they come back next time, we should just, you know, threaten to do something in the changing rooms of those guys unless they sharpen up."