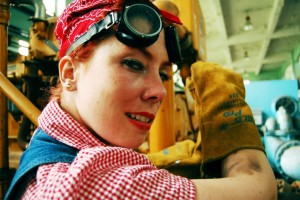 On this week’s episode of Freakonomics Radio: The first woman to get tenure in the Harvard economics department has tried to uncover the reasons for the pay gap between men and women. Turns out discrimination doesn’t explain why women earn so much less. It’s much more complicated than that.

Also, what’s behind the surprising fact that a marriage that produces a girl is more likely to end in divorce than one that produces a boy? In this episode we delve into the research — and the broader economic implications of so many girls living without their dads.

To learn more, check out the podcasts from which this hour was drawn: “The True Story of the Gender Pay Gap” and “Do Baby Girls Cause Divorce?”