All About Bugs (of the Animal and Computer Varieties): TMSIDK Episode 32 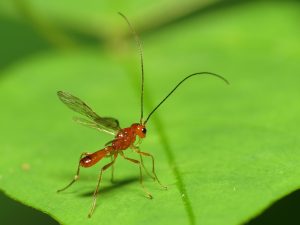 There are hundreds of thousands of species of parasitic wasps. They lay their eggs inside other insects. Their larva feed on the host while it lives and eventually kill it, chewing their way out and leaving a husk of an insect.

The USDA found a way to deploy these weird bugs in their war against invasive pests such as soybean aphids. For a decade, USDA researchers tested different species of parasitic wasps to find the one wasp that would attack soybean aphids and nothing else. In 2012, they found their soldier: Aphelinus glycinis.

Musical crickets, crop-saving wasps — and why you should pre-bug your software. John McWhorter is co-host; the live fact-checker is Bari Weiss.