The Harvard President Will See You Now 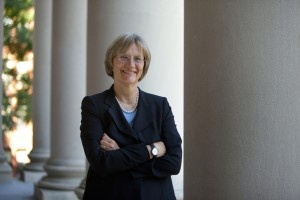 This week on Freakonomics Radio: an in-depth interview with Drew Gilpin Faust, who was installed as the president of Harvard University in 2007. Stephen Dubner explores how a (self-described) “pain-in-the-neck” little girl from rural Virginia came to run the most powerful university in the world.

Plus, what is the true value these days of a college education? We hear from  Allen Ezell, a former FBI agent,  Karl Rove, the former senior adviser and deputy chief of staff for President George W. Bush, and David Card, an economist at Berkeley.

To learn more, check out the podcasts from which this hour was drawn: “The President of Harvard Will See You Now” and “Freakonomics Goes to College, Part 1.”