How to Raise Money Without Killing a Kitten (Ep. 141) 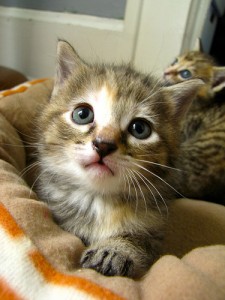 Our latest podcast is called “How to Raise Money Without Killing a Kitten.” (You can download/subscribe at iTunes, get the RSS feed, or listen via the media player in the post. You can also read the transcript; it includes credits for the music you’ll hear in the episode.)

In this podcast you’ll hear the economist John List, who is no stranger to this blog’s readers, give us the gospel of fundraising — what works, what doesn’t, and why. List and economist Uri Gneezy write about the science of charitable giving in their new book The Why Axis: Hidden Motives and the Undiscovered Economics of Everyday Life

(which you all helped name, sort of). Gneezy has also appeared previously on Freakonomics Radio, in our podcast “Women Are Not Men,” describing his research on gender and competition in Africa and India.

In this episode, List gives us a lot of ideas about how to successfully raise money — like using good old-fashioned guilt, for instance. (It’s hard to say no when a Girl Scout knocks at your door, and not just because Thin Mints are delicious.) Also, people love winning prizes, so attaching a lottery or raffle to your fund-raising effort is a good idea. There’s also a herd mentality: people are more inclined to donate if they hear their friends are donating.

Here’s our favorite way that List says you can raise more money:  get an attractive person, preferably a woman, to do the asking for you. From the podcast:

DUBNER: Give me a sense of how big this beauty effect is. So let’s say one solicitor is ranked a 9 out of 10 by unbiased or disinterested parties and one is ranked a 6. How much more does the 9 raise than the 6?

LIST: Right, you’re looking at roughly a 100 percent increase when you look at going from a 6 to a 9.

As it happens, this episode also marks the first time that Freakonomics Radio is asking you, our readers and listeners, to donate to help keep our podcast/public-radio show going strong. So we try out a few of List’s tips. We dare you not to donate once you hear from certified-attractive people like Savannah Saunders, a Swarthmore student, Wilhelmina model, and ardent Freakonomics fan. You’ll also hear Adrian Grenier, the actor and director best known for playing Vincent Chase on Entourage, turn on his good-looking mojo for the Freakonomics cause. If they don’t do it for you, Steve Levitt appears in this episode, too. 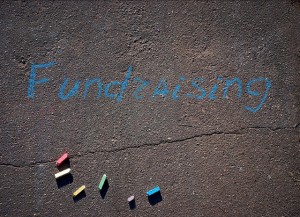 And if you are immune to the beauty effect, we have some brand-new swag to entice you: a  Freakonomics Radio t-shirt, a  mug, signed books, and — best of all — a chance to win a trip to New York City to hang out with Stephen Dubner and the whole Freakonomics Radio crew. Just click the button on this page that says “donate now” and you’ll be entered to win. You don’t even have to make a donation to enter the contest, but of course we hope you will. If you do win, you’ll have lunch with Stephen Dubner, visit us at our home station, WNYC, and see how we put together out podcast. We’re excited to meet one lucky listener very soon!

Oh, and one last thing: John List told us to tell you guys that if you don’t donate, the show might go away. But, as Dubner says:

DUBNER: I’m uncomfortable saying that. That feels like give us money or we’ll kill your kitten.

So I’ll say it: donate today and nobody hurts the kitten.*

*No kittens were harmed or will be harmed in the making of this radio show. As for the next episode … well, stay tuned.

Every time you don't donate to Freakonomics, God kills a kitten.

Please, won't you think of the kittens?

You can't bring on Vinny Chase in a story about donations, and not also have Matt Damon and Bono do some browbeating.

Would love a podcast or article about the results of your fundraiser.

Where are the mugs?

> "Here’s our favorite way that List says you can raise more money: get an attractive person, preferably a woman, to do the asking for you. "

SGU also offered a carrot: if enough listeners started paying, they would completely eliminate ads. You two Steves might not share the ideologically driven irrational rage against ads felt by people like me, but that was a motivator for me personally. SGU said if 3% of listeners subscribed, they'd totally drop ads. How many would it take for you?

If every podcast wants $4 or $8 a month, however, my radio habit is going to get too expensive. Maybe you podcast folks should get together and offer bundles.

First off, I love the podcast and understand that there are costs associated with producing it that need to be covered.

The key thing that deters me from donating to podcasts is that I don't have any idea how much it actually costs to produce and host them or how many people are downloading them and therefore what is a reasonable donation to cover your costs.

While some might argue that I should pay whatever the podcast is worth to me, I don't like the idea of overpaying.

Hey, Thank you so much for your podcasts. Can you please allow donations through Paypal ( or any other payment method that doesn't involve credit cards). I live in Canada and can't send you a check in USD. Thanks again !

Hmm... you offer to bring anyone from anywhere in the US to NYC - but three of the 5 people who you mention as having already donated are from outside the US. Sure, it will be a lot more expensive to transport someone from New Zealand or Brazil to NY than it is to bring them from Atlanta or Boston, but think of the increase in goodwill. Plus, if a significant chunk of your fanbase is from outside the US, what a huge increase in incentive for them to donate. I don't need another t-shirt or mug, but a trip to NYC - that would be really big.

What do you guys think about selling T-Shirts and other freakenomics gear separate from a fundraising drive. I would gladly wear a freakenomics T-Shirt to show off that I listen to such a great pod cast, it could do wonders for advertising as well.

Put a picture of Savannah on the main page asking for money.

Dan Pallotta has some interesting views on charity fundraising

re men giving more when a beautiful woman is doing the asking; all I could think about was the poor Krakatoans (ob: Seinfeld):

ELAINE: I remember you donated to some volcano thing on our first date.
JERRY: Volcano? Really?
ELAINE: Oh, wait a minute. Don't tell me that that was ...
JERRY: Something to drink?
ELAINE: What did you think, that would impress me?
JERRY: You got it ALL wrong. I was thinking only of the poor Krakatoans
ELAINE: Like you give this donation for 50 bucks and I'd start tearing my clothes off?
JERRY: Those brave Krakatoans East of Java. who sacrifice so much for so long.

En route to my office this morning I walked passed a few college students who were asking for donations on different corners; the pretty blonde collecting was the only one that had men talking to her. Empirical proof.

I think that you have WASTED an opportunity. With this lottery I think that there should be three options.

People donate and nominate which of the three options they would prefer.

You should never waste an opportunity to test.

Where can we buy a mug??

Please add Flattr & BitCoin as permanent donation options. I'd rather use those a credit card.
Thanks and greetings!

Are you familiar with Subbable.com? It is a new fundraising system started by several educational Youtube channels. It works somewhat like the public radio format; a listener/viewer either subscribes or gives a one time donation, and when you've accrued enough donation "credits" then you can cash in those credits for some themed prize. Some of them are physical objects, others are intangibles like mentions on the show. Its a fascinating system and while it just launched, so far its working tremendously well for the channels that have signed up.

Have the great sounding women say "I gave to Freakonomics radio and hope you do to".
None of the women, in the show, say the they gave?

Have you looked at lowering bandwidth costs? A quick back of the envelope calculation tells me it should be below $11k, which is what you would pay for Amazon S3 storage and transfer.

Which turns out to approx. 0.3c per listener. (or podcast listened to, which is more along the lines of what I think you were talking about). Probably each listener then costs about 3c (35c a year), hence about 1,000,000 listeners. This actually ties in nicely with the off-hand comment that there is 1mill people who would like to have dinner with you.

To support just bandwidth, and a growing bandwidth, you could easily then get $1 from each user per year and still be making money (bandwidth only of course).

Let's assume that only 2% of your users will pay though (normal online conversion rate for e-commerce). Then you'd need them to pay $15 each to cover just bandwidth. That's the minimum at least for that.