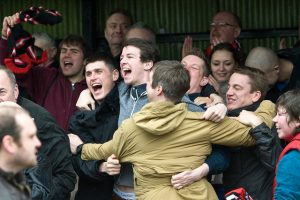 On this week’s Freakonomics Radio: When the uncelebrated Leicester City Football Club won the English Premier League, it wasn’t just the biggest underdog story in recent history. It was a sign of changing economics — and that other impossible, wonderful events might be lurking just around the corner.

The win was big news on sports pages around the world, but no so much in the U.S. We try to figure out why soccer is the most popular sport worldwide, while it continues to lag behind other U.S. sports in viewership and enthusiasm. For instance, 111.5 million Americans sat down to watch Super Bowl XLVIII in 2014. Meanwhile, only 26.5 million Americans watched the 2014 World Cup Final, which was actually a record. Over a billion people watched that match worldwide. So: why don’t Americans love soccer like the rest of the world does? And what will it take to make soccer take off in the States?

To learn more, check out the podcasts from which this hour was drawn: “The Longest Long Shot” and “Why America Doesn’t Love Soccer (Yet).”