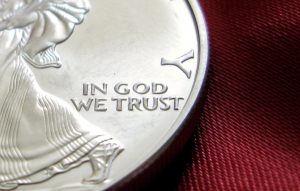 People who are involved in religion tend to have lower rates of drug use, higher levels of happiness, and longer lives. But does religion actually cause any of that? (Photo: Kevin Dooley/Flickr)

In the early 20th century, Max Weber argued that Protestantism created wealth. Finally, there are data to prove if he was right. All it took were some missionary experiments in the Philippines and a clever map-matching trick that goes back to 16th-century Germany.

Also: It began as a post-war dream for a more collaborative and egalitarian workplace. It has evolved into a nightmare of noise and discomfort. Can the open office be saved, or should we all just be working from home?

To find out more, check out the podcasts from which this hour was drawn: “Is the Protestant Work Ethic Real?” and “Yes, the Open Office Is Terrible — But It Doesn’t Have to Be.”