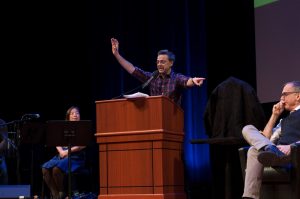 Season 3 of Tell Me Something I Don’t Know is coming to your ears! Prepare yourself for 10 shiny new episodes — full of fresh knowledge — starting June 4. We promise to keep you entertained with fascinating facts and brilliant panelists, and we’ll even play with the show’s format! But, for now, here’s 3+ minutes to whet your appetite. 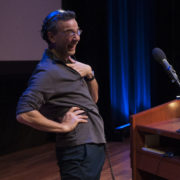 Host Stephen J. Dubner (of Freakonomics Radio) is at his best, and accompanied each night by a real-time fact-checker to sort out the baloney and pepper the night with more fun facts.

So subscribe today, or you might miss something that will change your world. Again, our first full episode of Season 3 will be out on June 4, with a new episode each week for 10 weeks. And we’re already taping Season 4 in June and October in New York City, so come be a contestant or get tickets to see the show. Also, follow TMSIDK on Twitter, Facebook and Instagram.