We have just released a new series of five one-hour Freakonomics Radio specials to public-radio stations across the country. (Check here for your local station.) These new shows are what might best be called “mashupdates” — that is, mashups of earlier podcasts that have also been updated with new interviews, etc.

If you are a charter subscriber to our podcast (remember this one on the dangers of safety, or this one on the obesity epidemic?), then some of this material will be familiar to you. If you are one of the people who have heard these new shows on the radio and wondered when they’d hit the podcast stream — well, that time is now. We’ll be releasing all five hours over the next ten weeks. 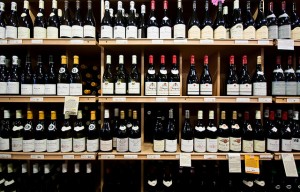 This first episode is called “The Days of Wine and Mouses.” (Download/subscribe at iTunes, get the RSS feed, listen via the media player above, or read the transcript here.) Here’s what you’ll be hearing:

When you take a sip of Cabernet, what are you tasting? The grape? The tannins? The oak barrel? Or is it the price?

Believe it or not, the most dominant flavor may be the dollars. Thanks to the work of some intrepid and wine-obsessed researchers (yes, there is an American Association of Wine Economists), we have a new understanding of the relationship between wine, critics, and consumers.

One of these researchers is Robin Goldstein, whose paper detailing more than 6,000 blind tastings reaches the conclusion that “individuals who are unaware of the price do not derive more enjoyment from more expensive wine.”

Why, then, do we pay so much attention to critics and connoisseurs who tell us otherwise? That’s the question we set out to answer. You’ll hear from Steve Levitt, who admits his palate is “underdeveloped,” about a wine stunt he pulled on his elders at Harvard’s Society of Fellows; and wine broker Brian DiMarco pulled a stunt of his own on his wine-savvy employees.

Also in this hour, I witness an incident in a restaurant that would doom any dining experience: a customer one table away was served a salad with a dead mouse in it. How does a business respond in the face of such a disaster?

Vincent Herbert, the CEO of the restaurant in question, Le Pain Quotidien, explains what happened and how he coped. Crisis-control expert Andrew Gowers gives us some insight from facing the public on behalf of Lehman Brothers, post-collapse, and BP after the Deepwater Horizon oil spill.

wait... i've heard this before... here! From July of last year! why are you telling the same story?

Are there any music credits for the episode? I was wondering what the piece at around the 25:30 mark was.

I think that's a section from Terry Riley's "In C," but I may be wrong.

MM definitely has the composition right, but there are so many versions of "In C" floating around. Still, the Terry Riley/Bang On A Can All-stars version seems to be pretty prominent. For a more "modern" version, I really like Zoe Keating's version. She is a fantastic cellist.

This episode was terrific! The first half of the podcast did a great job of exposing how 'taste' is really subjective thing and how older systems used to place value onto things of 'traditional' value really fails to match the taste of the everyday consumer.

Also, thank you for the free online podcasts! I would have never had a chance to listen to this otherwise as there are only two stations in Neverneverland, Pennsylvania that hosts your podcasts publicly.

Great episode, I really enjoyed the part about wine tasting, as I have long expected that such a priciple applies to many foods and drink.

However, I do not find the behavior in regard to the wine tasting surprising. Even if a Harvard fellow cannot tell any differences between wines, he still has the incentive to point out "differences" and show off his palate, for the sake of appearingto be high class and impress professors and colleagues, some of whom could be and probably are doing exactly the same thing.

Having had several blind taste tests in which similar style wines with a variety of price levels are compared, my experience has been that there is some truth to what is stated here. I will say though that when we include a very expensive well rated bottle into the blind taste test, it has always ended up with the highest overall score. That is not to say that every tester scored it the highest, but overall the high priced wine has come out on top. My wife has a saying which is, "A good wine is one you love, a great wine is one you love thats cheap." There are lots of great wines are out there.

I absolutely love the podcasts, have listened to every episode, but I'm not sure I'm willing to spend an hour listening to a podcast I've already heard. Is there any chance you could upload the additional material as a separate podcast?

No. Thanks for asking, though.

Shame on you for posting this podcast as "new" when it fact it is recycled material from last year - with no acknowledgment.

I really enjoyed the podcast, but liked the wine bit more than the mouse bit.

I thing there is a real issue with the mouse thing, but it is not what was dealt with in the article. I think there is a real problem (and it's not simply a restaurant thing) with the difference between a number of chain businesses and the same number of independently owned and managed businesses. It goes to the heart of what makes the chain of businesses more cost-effective and that has an unavoidable affect on quality.

Yes, from a purely business perspective, you'd want the economies of scale, but from a societal point of view, you'd want more individuals with thriving businesses and wanting to do their best for consumers.

I was a little skeptical of the Pain Quoitidien CEO's reason for the mouse being in the salad, so I checked it with a farmer I work with. He said, organic or not, if something used on the greens killed the mouse, you don't want to be eating them. That said, he thought it much more likely that the mouse got into greens once they were indoors, since field mice (the same species as house mice, btw) usually stick to tall grasses outdoors.

I thought it was a very ingenious rationale--to turn it into an issue of organic vs. conventional, when really it doesn't look like it has anything to do with that.

Shouldn't it be mice?

I enjoyed this too. But I also enjoyed the podcast "Do More Expensive Wines Taste Better?" in 2010....

I listened to this podcast while running...(semi-)barefoot. The rating of wines made me consider the benefits of running in minimalist footwear. Nearly all of the evangelist rely on anecdotal evidence and getting in touch with the "original design" of running. Empirical evidence is hard to find as well as inconsistent in conclusions.

Has Freakonomics looked at the hidden side of this trend?

Living in South Florida, we laugh at California Wines at $15-$150/bottle. Here, we have, imported all the way from Argentina and Chile excellent Cabernet, Merlot, Malbec and Shiraz for from $2.99-$4.99/bottle. So, we enjoy wine daily... not only "at the opera," as it were.

anyone wanna help me out and tell me what the closing music is for this episode? it's been haunting my dreams

The analysis of the psychological effect of price on perceived quality of wine is interesting and entirely plausible. However, there are some possible failings to this analysis that are not addressed.

Firstly, even pretentious wine experts will tell you that wine price is not a perfect indication of how the wine should taste today. A great example is French wine, where top end Chateaus from good vintages may need 10 years of bottle age before they begin to demonstrate the features that lead some consumers to pay so much for them. This effect could be adjusted for by asking a sommelier/consultant to confirm that the expensive wines being used in a blind test are at the ideal drinking age (was this done?). Similarly, consistency in production is an important feature of more expensive wines. The market should pay more for a product with more consistency since this provides more certainty of the return for investment. It may be that some percentage of the bottles in a cheaper wine are as good as those in a more expensive wine, but that there is more risk in the cheaper wine. This blind taste tests cited in this piece would not account for this consideration.

Secondly, this analysis differs from many Freakonomics topics in an important way. Namely, the average person WANTS this to be the answer. We want to hear that the entire wine industry is a farce and that expensive wines are a ludicrous example of conspicuous consumption. Human bias is an important factor in identifying common misconceptions within widely held beliefs. I would be very interested in a debate style counter-analysis which seeks to conclude that flaws in the treatment of this subject may explain part of your conclusion.

Will you accept that challenge? Can you try to disprove this popular result of your own work? At the end of the day, the truth must be somewhere between the two poles. After all, fine wine, unlike certain Dutch tulips and beanie babies, has maintained it's price premium for hundreds of years. Can that really be 100% due to marketing and psychological bias?

I was utterly dumbfounded by the blockheadedness of both the CEO of Pain Quotidien and by the interviewer in the episode about the mouse in the salad. Why did no one address the issue of how any restaurant could make a salad with a mouse in it? Do they not wash the lettuce? Do they not dress it and plate it? If a pantry cook in my restaurant could be so inattentive as to make a salad with a mouse in it that cook would be fired. It has nothing to do with organic or not, it has to do with preparing food with care.

This restaurant needs Gordon Ramsay to visit and yell at the cooks for being idiots. He should also yell a bit at the CEO.