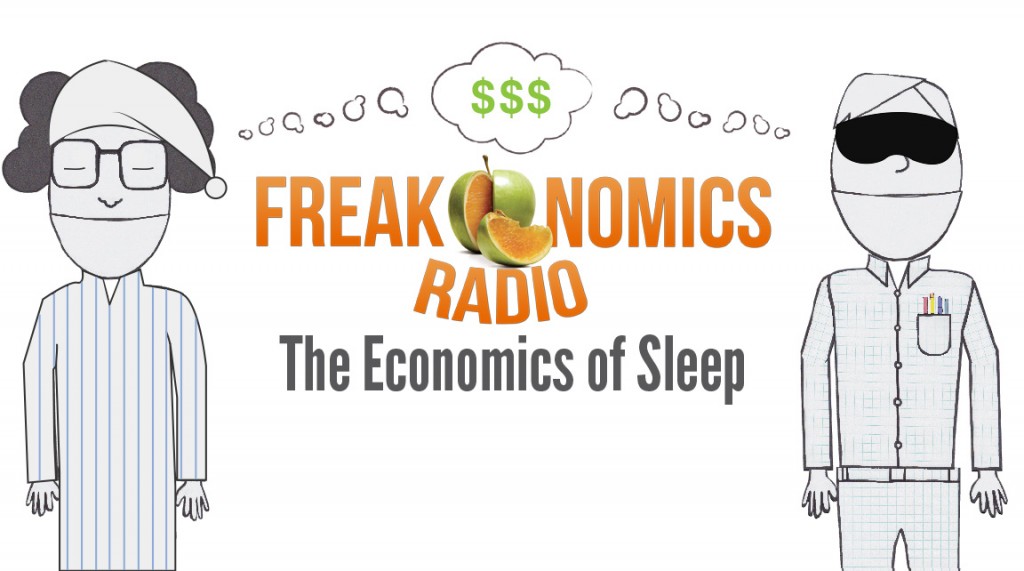 Our latest Freakonomics Radio episode is called “The Economics of Sleep, Part 1” (You can subscribe to the podcast at iTunes or elsewhere, get the RSS feed, or listen via the media player above. You can also read the transcript, which includes credits for the music you’ll hear in the episode.)

It’s well-established that a lack of sleep can impair our cognitive function. Sleep loss has also been linked to adverse physical outcomes like weight gain and, increasingly, more serious maladies. Is it possible that lack of sleep can even explain the income gap?

Those are just a few of the issues we try to figure out in this episode. But because sleep is such a big and interesting topic – and, let’s face it, it’s also kind of weird, the fact that our bodies shut down entirely for roughly a third of our lives – we are actually making two episodes about sleep. The second one will be released next week.

Here are a few of the questions we ask in this first episode:

+ While the CDC recently declared insufficient sleep a “public-health epidemic,” are we treating the problem as seriously as we ought to be?

+ How legit are the sleep data that have traditionally been collected (hint: not very!) and what is being done to get better data?

+ Are we really sleeping a lot less these days than we used to, or is that argument the product of old, faulty data? And how has our sleep duration changed over time?

+ Who sleeps more: high-income or low-income people? Women or men? Whites or blacks?

+ Could sleep duration be a missing link in explaining the vast difference between health outcomes for whites and African-Americans?

And here are some of the people you’ll hear from in Part 1: 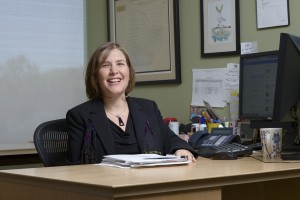 + Lauren Hale, a sleep researcher at Stony Brook University and a board member of the National Sleep Foundation. Hale sees sleep as a social-justice issue:

HALE: Generally, people who have more opportunities, more control over their lives, are also better sleepers. … Is it true that either racial minorities, low-educated, low job-security individuals, people who live in high-risk neighborhoods, who experience fear at night, are these people who clearly have some sort of social disadvantage, are also not sleeping as well? And is this impaired sleep affecting not only their ability to function the next day but their longer-term health outcomes?

We talk with Hale about her sleep research as well as her own inability to put down computer screens before bedtime despite her own advice to do so. 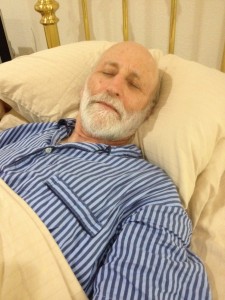 The economist Dan Hamermesh, shown here practicing what he researches, wrote a landmark paper in the economics of sleep.

+ Dan Hamermesh, a professor of economics at Royal Holloway University of London, emeritus professor at the University of Texas at Austin, and no stranger to Freakonomics readers. In 1989, Hamermesh and Jeff Biddle wrote what has turned out to be a landmark paper, called “Sleep and the Allocation of Time.” More recently, Hamermesh has been taking advantage of the sprawling data produced by the American Time Use Survey:

HAMERMESH: I think it’s a wonderful thing. They started this in 2003, it is by now the world’s largest ongoing, the only ongoing continuing study of how people spend their time. A tremendous revolution in data for people like myself.

+ Diane Lauderdale, an epidemiologist at the University of Chicago, who explains why so much traditional sleep data is poor and how technologies like wrist actigraphy are improving things.

LAUDERDALE: It’s quite difficult to get accurate information about people’s routine sleep behavior. The obvious one is to ask people, “How much sleep do you usually get at night?” And that seems like it should be a great way to find out about sleep, just like if you ask people, “How tall are you?” or “How much do you weigh?” you get a pretty good answer. It turns out though, that sleep is hard. People don’t actually know the answer to that question.

Lauderdale has also analyzed a lot of sleep data:

+ Sherman James, a professor of epidemiology and African-American studies at Emory, who for years has been studying the black-white health gap.

JAMES: We’re talking about … at least a twofold gap for the major killers, which would of course include heart disease and diabetes. In almost every category of health and disease, African-Americans lag behind whites, which is a very disturbing fact. … Despite efforts to uncover and elucidate the reasons for this persistent gap, we have achieved only limited insights.

James has explored the notion of “John Henryism,” and whether blacks’ worse health outcomes may be due to harder working conditions and lack of opportunity.

+ David Dinges, a professor of psychology and psychiatry at Penn, whose research on sleep deprivation will can scare almost anyone into at least trying to get more sleep.

You’ll also hear from several Freakonomics Radio listeners describing their own sleep habits — some of which, I think you’ll agree, quite interesting:

PAUL HEINISCH: I start out with a weird sleeping pattern that I have to sleep with my feet up where my wife’s head is and then my head down near as close to the TV as possible with the TV on the full time.

Let us know what you think of this episode and of course let us know your own sleep habits as well.

This is part 1 of a two-part series; part 2 can be found here: “The Economics of Sleep, Part 2”

The 8 hour sleep schedule was started by the Labor Movement that split the day into three parts, Work, Personal time and Sleep. Each was assigned 8 hours, for a total of 24 hours.

I am a pharmaceutical representative and sell an insomnia medication. I found your report to be very interesting and great information for discussion with my health care providers.

I don't know about anyone else who has a hard time sleeping (haven't slept through the night in over 25 years), but all this new information about how horrible lack of sleep is...just makes the problem worse. My mind whirrs like an out-of-control hard drive every night, and now I just have more things to worry about. Now when I lay down at night, I get to worry about my sleep hygiene, the lack of cognitive ability I will have the next day, the weight I'm going to gain...AAUGH.

But I recently found the first thing EVER that has helped me sleep. The "Sleep With Me" podcast by Drew Ackerman. It is SO weird, so different, so wonderful—totally breaking all those stupid sleep hygiene rules and it works like a charm. Bonus—it makes me smile every night. Sometimes the oddest, out-of-the-box solutions are the ones that work best.