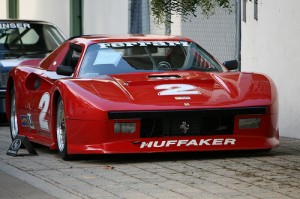 The latest Freakonomics Radio podcast is all about our long, risky, and mostly unrequited love affair … with the automobile. (You can subscribe to the podcast at iTunes, get the RSS feed, or listen via the media player above. You can also read the transcript; it includes credits for the music you’ll hear in the episode.)

Every year, more than a million people die worldwide from traffic accidents. Last year, there were roughly 33,000 such deaths in the U.S. And while it’s widely believed that modern distractions — our mobile devices, our lattes, our podcasts — make driving ever more dangerous, here’s the surprising thing: in most places, the death rate has fallen, by a lot. Ian Savage, a Northwestern economist who studies transportation safety, tells us that this number has declined by two-thirds since 1975. And self-identified terrible driver Steve Levitt says that the data show “an amazing success story.” 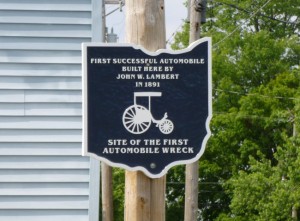 You’ll hear about the many factors that have contributed to this success: seat belts, tougher drunk driving laws, demographic changes. You’ll also hear about some of the earliest safety inventions, some of which were much more successful than others. Museum curator Alison Federik tells us about a pioneering doctor who created lanes in her hometown of Indio, Calif.; and automotive writer Brett Berk fills us in on a short-lived invention from auto entrepreneur Preston Tucker.

So the good news is that we’ve gotten a lot safer behind the wheel. The bad news is we’re our own worst enemy. More than 90 percent of crashes involve some kind of human error. Greg Fitch, of the Virginia Tech Transportation Institute, ran naturalistic driving studies (including the impact of hand-held and hands-free) in which video cameras were put in cars to see what people were actually up to while driving:

FITCH: We have evidence of people talking on two phones at once, while smoking a cigarette while driving through a work zone and running a red, yellow light. We’ve seen videos of drivers relieve themselves behind the wheel. For over the road drivers we’ve seen examples of them actually meeting with a prostitute behind the wheel. 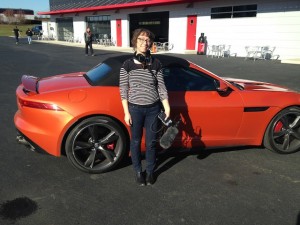 And no show about driving would be complete without going out for a spin. We’ll take you along on two rides – one high-tech, the other high-speed.

Autonomous vehicles may well become a reality in the coming years; you’ll hear host Stephen Dubner take a ride in a driverless car developed by the engineering wizards at Carnegie Mellon University. (You’ll also hear insurance veteran Fred Cripe explain how liability might be sorted out in a driverless-car future.) And the entrepreneur and car enthusiast Ari Straus takes us on a 140-mph  Jaguar joyride at the Monticello Motor Club, a country club built for cars. And yes, it’s a sweet ride.

Your thesis is chiefly about how changes in technology have made us safer, but you do a disservice to consumer safety advocates by only using a cost to life saved ratio. When you talk about the drop in fatalities per mile driven since 1970 you neglected to make a connection to the seminal work "Unsafe at Any Speed" which cam out in 1965 and was key in changing public perception about automakers as it gave perspective on how the corporate bottom line relates to automobile safety. Government regulation has been instrumental in keeping fatalities from automobiles at a minimum, and the political will for that legislation came from the consumer safety movement.

I did like the early automobile history stories, if you want to hear another good one check out the podcast 99 Percent Invisible, episode 76: The Modern Moloch

Is it a coincidence that this podcast is being released the week after Paul Walker's death?

2) To answer your question, probably.

Indications are that the auto track racing
will be abandoned, in this country at least,
so far as the better class of people are con-
cerned. One fatality after another of eu-
thusiastic auto men has brought about the
result.

Ex-Chairman Temple, of the American
Automobile Association, states the case
concisely as follows: "I don't believe in
the racing game anyway. I can see no
utility in it. It does not demonstrate any-
thing of value to the true automobile sport
or to the industry. The mere matter of
speed does not need demonstration in that
way. Everyone knows that automobiles
can be built to run faster than they can he
driven with safety, so what is the use of
such contests."

This sentiment finds echo from prominent
auto club men all over the country and will
doubtless result in action.

Like Steven Levitt, I have been listening to Wrecking Ball by Miley Cyrus a lot.

Oof. Dreadful mistake -- sorry, and thanks.

Distracted driving with a cellphone (mobile or hands free) is as dangerous as drunk driving (New England Journal of Medicine). People know this, as Mr. Levitt's comments about his own distracted affirms. So why is this knowledge not enough to curb this dangerous behavior, which imposses incredible negative externalities (mayhem, death) on other innocent drivers, or on our passengers? Why don't we care?

What is a red yellow light? A steady red light is where the yellow is 100% dead, and the red is 90% legal brightness. If this has not happened in 300ms per the NEMA engineering standard, the red light changes to flashing red (stop sign).
So most red light violations are under 1/4 second. Which means the light was still legally green.
Also increasing the yellow light by 1/2 to 1 second permanently eliminates these non dangerous "violations"

I wonder what the danger numbers are after you remove:
Driving under the influence of drugs/alcohol (very intoxicated)
Police Chases
Stolen Vehicles
Weather
Very old or very new drivers
unlicensed drivers
Medical / incapacitated
and extreme driving (like more then 4 seconds red, or more then 30mph over the 85th percentile speed, wrong way driving, crossing over center divider)

One error in how Ian Savage reported the decline. A decline from 50,000 deaths annually to 33,000 is NOT a two thirds decline. It is a one third decline, or a decline to two thirds of the previous level.

Earl, it's a decline in *rate* he's talking about, not raw amount -- there are many more miles driven now than in 1970s.

It would be interesting if someone could compare automobile injury rates to prior tech, such as streetcars, railroads, and of course riding (or driving) horses.

Personally, I'd estimate that I've driven upwards of 250K miles in my life, with zero injuries. Can't say as much for the probably >2500 miles I've ridden on horseback.

I kind of wish you had held this episode for a few weeks. With Paul Walker still in the news it all felt a little too soon.

It should be noted that in the podcast it's said that it doesn't matter whether the driver is holding the phone or not while talking and yet in the article from VirginiaTech it says "There is no direct increased risk from the specific act of talking on a phone, as long as the device is absolutely hands-free."

Traffic fatality rates may have declined in the last 40 years, but despite the introduction of safety features focused primarily on the occupants of motor vehicles (like seatbelts, airbags, crumple zones, etc.), annual traffic fatality rates in the US remain very high compared to other industrialized nations. Unfortunately, those same automotive "safety features", many of which you could argue encourage careless driving, have led to greater rates of fatality for pedestrians, cyclists, and all other road users.

I'll second what Scott wrote in a previous comment....listen to 99 Percent Invisible, episode 76: The Modern Moloch for another side of this story.

I'm a wheelchair user who cannot drive. The thought of having a driverless car someday is awesome!

Don't forget our medical capabilities have sharply increased over the past x amount of years. This makes the roads look safer as more lives are saved.

Since we have all this technology why can't we reduce speed in city area's by a GPS signal? Why are we building family cars that reach 150 mph, which only is allowed in Germany? (I can tell it's great, but it's not exactly safe).

What about the productivity boost from driverless cars?
The British government is about to spend £42 BILLION on a new train line from London to Manchester which will save 40 minutes on the journey time.
However:
(a) That was 40 minutes I could spend reading emails and working on my laptop / ipad, so how much did it really benefit me? and
(b) I don't live anywhere near London or Manchester!

By contrast, I have to drive 40 minutes each way every day to get to work and back and can't do anything productive with that time (apart from listening to the Freakonomics podcast)

A self-driving car would allow me to do an extra 80 minutes of work, so I could leave the office earlier or spend more of my free time at home with my family instead of doing office work.

Better still, most cars spend 90% of their time parked, so I could book a car for the 80 minutes each day that I need it, but then the rest of the time it could be driving other people around, cutting the cost of ownership and reducing parking congestion.

So come on Levitt and Dubner, let's hear some Freakonomic facts about the impact driverless cars would have on all of the above...