Has the U.S. Presidency Become a Dictatorship? 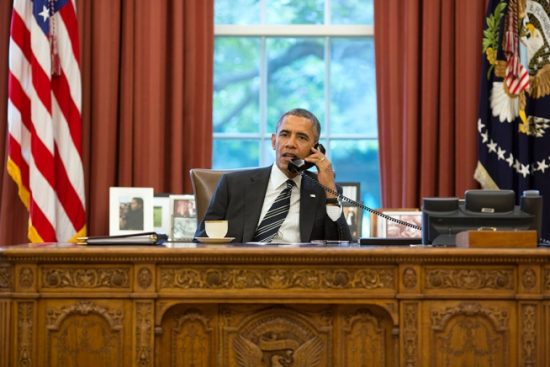 Sure, we all pay lip service to the Madisonian system of checks and balances. But as one legal scholar argues, presidents have been running roughshod over the system for decades. The result? An accumulation of power that’s turned the presidency into a position the founders wouldn’t have recognized.

At the same time, how powerful is the president really? It’s open for debate — but one legal scholar argues the president’s power is constrained not by the constitution, but rather by the difficulty of leading.

Plus, will President Obama be considered a great president? From the Affordable Care Act to his use of executive orders, how does Obama’s use of power compare to former presidents? And what does it mean for his successor?

To find out more, check out the podcasts from which this hour was drawn: “Has the U.S. Presidency Become a Dictatorship?” and “How Much Does the President Really Matter?”