The United States of Cory Booker 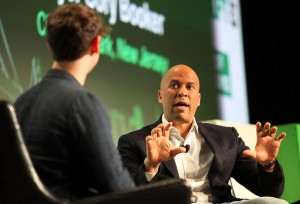 This week on Freakonomics Radio: Junior U.S. Senator from New Jersey Cory Booker thinks bipartisanship is right around the corner. Is he just an idealistic newbie or does he see a way forward that everyone else has missed?

To learn more, check out the podcasts from which this hour was drawn: “The United State of Cory Booker” and “Yes, the American Economy Is in a Funk — But Not for the Reasons You Think.”