Where Have All the Hitchhikers Gone? (Ep. 44) 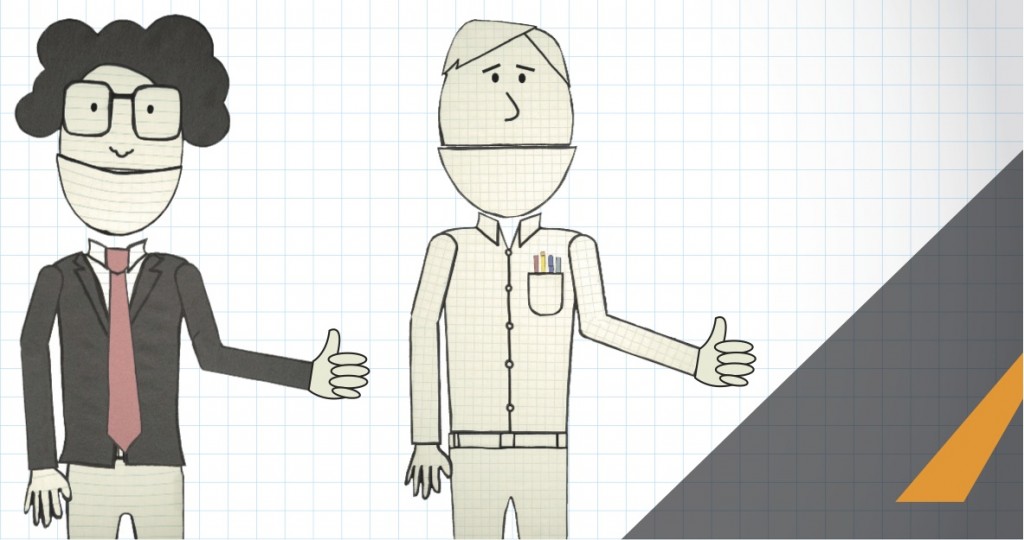 Where have all the hitchhikers gone?

That’s the question we ask in our latest podcast. (You can download/subscribe at iTunes, get the RSS feed, listen live via the media player above, or read the transcript here.) Anyone who has been around long enough can observe that hitchhiking numbers have plummeted. So Freakonomics Radio set out to find the numbers on thumbers and found … well, not much. Apparently hitchhiking never qualified as an important-enough mode of the transportation sector to generate heavy-duty empirical research.

So we take a whack at explaining the phenomenon. Here’s Levitt’s take:

LEVITT: Hitchhiking is a classic example of what an economist would call a matching market, where there’s a person who wants a ride, and there’s a person who’s willing to give a ride. There was some sort of equilibrium in which there was a set of people who wanted to hitchhike, and there was a set of people who were willing to pick them up. And somehow that equilibrium got destroyed. So the question is what happened to the equilibrium?

What do you think happened to the equilibrium? Seems obvious enough: fear, right? Hitchhiking became too risky. Remember the warnings from your parents? The caution campaigns by the media? The gruesome imagery?

But was hitchhiking really that dangerous? Baseball statistician and Popular Crime author Bill James (read his earlier Q&A) says no. In fact, he believes our fears probably made it worse.

JAMES: If you have a certain number of violent people running around hitchhiking, [for] the few other people you have running around hitchhiking, the more dangerous it becomes to pick up a hitchhiker. It drove itself out of existence. Basically nobody hitchhikes anymore. … And the real danger was not hitchhiking; it was the fact that you had a certain number of random crazy people who will hurt you. As long as you have the same number of random crazy people you have the same number of violent crimes, and eliminating hitchhiking doesn’t, in my opinion, do anything to change that. So, it was a social change that protects the individual. I mean, I don’t pick up, I wouldn’t pick up hitchhikers either. I’m not nuts. I do that to protect myself. But protecting myself has no value to society.

But fear was only one part of the story, says transportation scholar Alan Pisarski. The demand for hitchhiking fell for a variety of other reasons — including a rise in the supply of drivers:

PISARSKI: In the seventies is when women began to gain greater access to driver’s licenses. If you look at the distributions today, men and women in terms of driver’s licensing is almost identical and almost ubiquitous. It’s in the ninety-two, ninety-three percentile for both men and for women.

Furthermore, modern cars last much longer, which means that yesterday’s hitchhiking candidate is more likely to have bought or inherited an affordable and reliable used car.

All these improvements help contribute to a stark and sobering statistic: the average vehicle commuting to and from work today carries just 1.1 people, which means about 80 percent of car capacity goes unused. Pisarski calls this a “colossal” inefficiency. It’s one reason he is chairing a session on hitchhiking at the upcoming Transportation Research Board Annual Meeting. The idea, Pisarski says, is to start a discussion that considers the past in order to inform future policy.

Can anyone say “hitchhiking renaissance?” To that end, you’ll also hear from a group of organized hitchhikers, or “sluggers,” in the D.C. area. You’ll also hear from New York Times theater critic and Shock Value author Jason Zinoman about Hollywood’s contribution to our hitchhiking fear; one story about how hitchhiking can go terribly wrong; and from a band of modern hitchhikers who use their thumbs less out of necessity than a sense of adventure.

actually there are still lots of hitch hikers.... its just that instead of you their thumb they use all their fingers to post and look up rideshares on craigslist and kijiji.

there might have been a drop in numbers yes as i agree with the point that there is an oversupply of drivers.... but the traditional hitchhiker is very much alive.

Where did all the hitchhikers go? Killed! Almost every one of them. By serial killers.

Someone needs to investigate Bill James. I'm almost certain that he is claiming all of this to simply get us to let down our guard and go hitchhiking again. After all, if he's a serial killer who concentrates on hitchhikers, he needs to drum up more business.

No need to thank me. It's my job to watch out for the rest of you.

Organized hitchhiking does exist in Germany, mainly for longer stretches between cities and countries - Mitfahrzentrale. Last time I used it (a year ago) I had a hard time finding a ride - demand for passenger seats far exceeded supply.

Otherwise, hitchhiking is still quite common out in the Russian countryside, for example, where cars are relatively expensive, there are far more male drivers than female drivers and bus and train connections can be few and far between. So the image of a typical hitchhiker in Russia isn't a hippie or a potential mass murderer, but a stout provincial women with a large bag of produce and a couple of children.

I still pick up hitch hikers here in the US. The mountains (at least in CO) are full of them. Hikers getting back to their cars, boaters headed back up stream, skiers back up the pass.

So I am an American living and working in Chilean Patagonia and hitchhiking is super common here. People from all walks of life both hitchhike and pick up hitchhikers. In fact, I just hitchhiked to this internet cafe. The USA is just totally messed up with common decency and love for their fellow man.

I've never once SEEN someone attempt to hitchhike. I'm not sure how this is a reflection on my sense of common decency.

There is an assumption that the rate if hitchhiking today is less tha. It was in the last. How do we know that the assumption is valid?

There is a site and service I found that seems to offer the modern technological solution to the inconvenience and safety issues mentioned in the podcast, haven't used it, but look forward to trying it out:
http://www.avego.com/

They also provide and monetary incentive for people to pick up others as those who ride pay a small fee automatically to the driver at the end of the trip.

Head to a ski town. Hitchhiking in these parts is still alive and well.

I think they're all here in Boulder, Colorado. On the other hand, there were a lot in West Virginia, which is where I lived before I moved here three months ago.

We see very few, if any, hitchhikers on the roads here in coastal NSW, Australia (OK this is slightly outside high season). However, on a recent ski trip to NZ's South Island, we encountered them regularly. We also picked up anyone who looked like they were either on their way up or down the mountain. Now there's a strategy for an aspirant axe murderer...I never saw any thumbs out in Singapore. Have seen some in South Africa, but fewer than those wanting minibus taxi rides.

I think violence has discouraged hitchhikers, especially for women.
And I have only picked up those in obvious distress (broken down car) and when I had a man in the car with me.

Hitchhiking seems an awfully risky way to get to work...not in the sense that you might get murdered, but in the sense that what happens when no one picks you up and you don't get to the office? Seems like while the 1.1 passengers per car statistic is dismal, perhaps organized carpooling can help instead of random hitchhiking.

It's a mater of legality also. Some state laws prohibit walking a highway route. As a student who could hardly afford a car(purchase+insurance+upkeep+gas) and traveled between cities regularly, it killed me to see so many cars drive mostly empty in the same direction. We need a more efficient ride share system that connects hidden demand with
potential supply.

Here is a factor to consider (unsupported by evidence but a worthy conjecture): Hitchhiking by women increased in the sixties and seventies with more women in college and the women's liberation movement. This also resulted in more incidents (or perhaps more stories about) women hitchhikers being assaulted, which contributed to the general perception of the dangers of hitchhiking. If hitchhiking had stayed a primarily male activity, would it have declined so much?

Strangely enough, hitchhiking has also totally disappeared in the UK.... it was still common in the late 1970's.

I used to fairly frequently drive a ~600 km journey in New Zealand (North Island, State Highway 1) and I almost always stop for hitchhikers. Although I didn't take statistics, I estimate a mean of about 0.8 hitchikers per trip. Only once have I not stopped because I felt the hiker looked threatening. I do feel the number of hitchhikers has reduced since the 70's and 80's, but I don't have evidence. There was a highly publicized and never solved case of a young woman hitchhiker who disappeared in the '70s. (1974?)