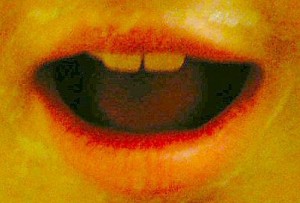 Our latest Freakonomics Radio podcast is called “Who Owns the Words That Come Out of Your Mouth?” (You can download/subscribe at iTunes, get the RSS feed, or listen via the media player above. You can also read the transcript here; it includes credits for the music you’ll hear in the episode.) The episode is about (heart, be still!) copyright law.

The episode begins with a conversation between Stephen Dubner and Barry Singer, the proprietor of Chartwell Booksellers in New York City. Chartwell is the world’s only Winston Churchill bookshop. (It’s also the name of Churchill’s estate in Kent.) Singer is an author, too, and he has recently published a book called Churchill Style: The Art of Being Winston Churchill

What’s not so well-known about Churchill is the tenacity of his estate when it comes to protecting his copyright. If you want to write a book about Churchill and quote him, or just about any member of his family, in fact, you have to pay – a pretty pound sterling. According to Singer:

Now, stringent copyright protection is by no means unique to the Churchill estate. In this episode of Freakonomics Radio, we learn why British laws are as they are, and what’s being done to change things. Rohan Silva, senior policy adviser to Prime Minister David Cameron, tells us that Britain’s archaic and arcane copyright law has had far-reaching consequences:

You’ll also hear Steve Levitt’s surprisingly un-economic take on copyright law, and his estimation of the value of the words that come out of his mouth.

To quote Steven Dubner:
"If anyone should be free to use anything that’s been created by anybody, which, in some ways, is the baseline ethos in these early years of the digital revolution, then will the incentives to create be strong enough? We won’t have an answer to that question for many years..."

This has already been answered. In the field of software engineering, there have been many open source projects, that is groups of people who write software and the source code is available freely to anyone who is interested, available since the 1970's. The most famous of these is GNU which was started by Richard Stallman, but also there is the Apache project which is home to the web server software, the Mozilla project which is home to the Firefox web browser, the Linux project, etc. There are several web sites which host projects and tutorials on how to write programs such as w3schools.com which features programming for the web, gamedev.com which features programming for games, and codeproject.com which is a general interest programming site.

the quote also shows a lack of understanding of why we are creative- we were creative before, during and after patent protection- the only condition which seems to crimp creativity is lack of freedom, tho even caged birds sing

You've made me wonder how much the BBC pays for all those wonderful adaptations of the British classics. And in the case of Jane Austen and Charlotte Bronte, who did not have children, where does all that money go?

Of course, in Shakespeare's time, there was no such thing as copyright, and some of his best lines and most famous plots were taken from someone else.

Why does it seem outrageous that the owner of something wants to be paid for its use?

We often hear the argument being made; I don't mind of someone uses my words, so why should anyone mind if I use theirs, (for free of course.) Levitt seemed to argue thus. I think it telling that this attitude comes from someone who cannot remember what he was paid for work done because it was only a "nominal fee" of five or ten thousand dollars. But, perhaps those of us who think that amount of money is not a trifling sum, have nothing to say for which anyone would wish to pay.

You've totally missed the point of episode.
The question wasn't why the owner of a copyright should be paid for its use; the question was why does a person who is working for the public get to copyright his public speeches?

The answer is that those who are working for the public aren't getting paid for it.

Politicians in the U.S. are working for us, the public; they are getting paid by us. Therefore, we own their words. It is classic "work for hire". I have had my name on several patents but I am not paid for it because the work I did was "work for hire". My name may be on a patent because of the work I did on it, but I am not the holder, and I don't get paid whenever the patent is used or licensed.

As stated in this episode, it is different in the U.K. insofar as those making policy were not being paid, therefore it is unreasonable to claim their speeches and their words. The downside of this is that it seems that history is up for grabs for whoever has the deepest pockets.

But no one thinks it is outrageous that an owner of something wants to be paid for its use.

I'm more impressed there is an entire bookstore devoted to Winston Churchill. Only in the land of the 1 percenters!

Btw. I guess what it comes down to is = when you;
Are done you are done i.e. at lrast with the ideas.

This piece contains a number of inaccuracies with regard to copyright law and misrepresents a number of aspects of Mr Singer's dealings with this agency in respect of this project. Nor (contrary to the assertion in the piece) were we given the opportunity to review this piece before it went to air.

Really intrigued by this piece actually (and a bit surprised at the level of disbelief expressed at differences in copyright law between the two countries;) - I would love to see more info on the inaccuracies you spotted in the programme. Can you point me in the direction of further reading on this (preferably not in legalese:)?
Cheers
K

I heard this podcast yesterday, and I remembered a type of rights mentioned on the Wikinomics book, Creative Commons (http://creativecommons.org/) , that would be an option to standard rights organizations in most countries. This not only addresses the issue of fair usage, but also encourage the remix of a given art work, as long as it is not for commercial purposes.

It helps to know where copyright comes from...at least in America. The US Constitution lays out the powers of congress including the power ***"To promote the Progress of Science and useful Arts, by securing for limited Times to Authors and Inventors the exclusive Right to their respective Writings and Discoveries;"*** That right. Copyright, is in the US constitution. And it’s in article 1, not an afterthought in the Bill of Rights.

But read carefully. The reason for the power is to promote progress for the common good. And it's only secured for 'limited Times.' Originally only 14 years.

The wording comes almost directly from The Statute of Anne -- the early 18th century British law that gave the exclusive right to print/copy a work to the author of said work. But in the US Constitution explains that the purpose of copyright is “To promote the Progress of Science and useful Arts...”

How did that work? In the new democracy there were no aristocrats who could live without working and so spend their leisure hours studying nature and writing poetry. In early America everyone had to earn a living. Copyright enabled people to earn a living from their work as authors and inventors.

But the writers of the Constitution were also radical children of the Enlightenment who believed, as Pasteur would later express it, that “Knowledge belongs to the humanity.” So copyright is assigned to provide the authors and inventors with a livelihood but ultimately all knowledge belongs to everyone and therefore copyright only lasts a limited amount of time. It’s one of those great balancing act they did back then when they were creating this new kind of government. They definitely weren’t thinking they were creating a financial instrument to promote the transfer of wealth from one generation to the next.

In the 20th century copyright has grown longer and longer. Today it lasts at least the life of the author plus 70 years (2 generations?) but it could last as long as 120 years from the date of creation. What a long, strange trip it’s been.

And the next time Mickey Mouse's trademark/copyright is threatened, it will be extended again, one can anticipate.

Oh, yes. And the Bern Convention is an international treaty that, among other things, authorizes fair use of copyrighted materials in other publications or broadcasts. (Article 10)

I believe Britain is a signatory.

I suggest to you that the last statement in this otherwise terrific article is very, very, very wrong and bad advice and I feel certain your lawyers would advise you the same.

If the words of Churchill are owned and must be licensed, the same would likely be true of any other British author in any medium. The word "publish" can become extremely maleable in a courtroom.

Could play the speech on the radio, but couldn't print on the website, I'm guessing?

Why show any have to pay Winston Churchill for the words he says?
He did not create the words.
He got them out of a dictionary.
No one knows who created the words.