1. Does having a strip club in your neighborhood increase crime rates?

2. Did a poorly designed skyscraper melt a car with its reflection?

Parking Is Hell: Architects to the Rescue

Inspired by our "Parking Is Hell" podcast, an ArchDaily op-ed shows how architects think about the parking problem:

The new car park in Miami is off to a good start, as it is definitively not brutalist, and has been designed and built to higher standards than its 1960s predecessors. It incorporates itself into an already walkable area, making it a success from the start. For this building and indeed any other mixed-use car parks which might be developed in cities worldwide, the lesson to take from the history of this peculiar building typology is that their success is very much dependent on the surrounding urban landscape being suited to accommodate them; much more than other building types, they are sensitive to poor planning.

Increasingly, poor parking arrangements are causing damage to our cities by occupying valuable space and contributing to congestion and pollution. The application of economics that we see in SF Park can mitigate these problems, without substantially changing anything – but wouldn’t it be better to fundamentally change our attitudes to parking, and design better spaces? We have surely learned enough from design’s history to make this a possible, and preferable, path to action. 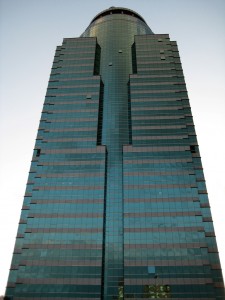 China is famously a hotbed of copying.  Western firms constantly kvetch about Chinese knockoffs of their products—and often with good reason. China’s intellectual property laws are fairly strong, at least on paper. The problem is that the laws aren’t effectively enforced – and it’s an open question whether the Chinese government is capable of shutting down the copyists. China’s uneasy relationship with intellectual-property law is due in no small part to China’s "shanzhai" culture. What is shanzhai? The literal meaning of the word is “mountain stronghold,” but it has come to connote imitation, and more, imitation done in a way that is upfront about its fakery and may even be celebrated for it.

Shanzhai culture is incredibly vibrant and shows no sign of slowing down. Shanzhai cellphones, for instance, are sometimes applauded for their ingenuity. Some include nifty features not seen on the original they are imitating. Some mash-up features found on competing phones into a single device.  All are cheap. 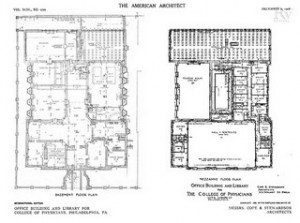 Are Architects Still Worth It?

A reader named Marc Krawitz writes in with a question. Does anyone have an answer for him?

Given laws in America that don't specifically require an architect to stamp drawings (as opposed to Europe), are architects economically valuable to a housing and building market/culture that strives for bottom dollar and cheap/fast returns?  Assuming that hiring an architect has a positive impact on a project, is the time and financial investment on the part of the client worth it in the long run?

Related: Michael Graves writes about the death of drawing in architecture.

The Truth About Peking Duck and Other Beijing Reflections: A Guest Post

Earlier this week, Nathan Myhrvold gave us his thoughts (and photos) from a visit to Shanghai. Here, as promised, is the second installment of his China trip, which takes him to Beijing. You will probably never look at Peking duck — or the Bird’s Nest — quite the same way again. His earlier posts on […]

Will Prefab Ever Catch On?

Houses at the MOMA exhibit in New York City. The Museum of Modern Art is currently running an exhibit on prefabricated homes that it hopes will change the way prefab houses are perceived. Philip Kennicott writes in The Washington Post: The architect who masters prefabricated housing — how to make homes that are well designed, […]

David Galenson, the University of Chicago economist who has cornered the market on quantifying the success of creative artists (he’s appeared on this blog before, discussing auction prices), has a new paper out on architects called “The Greatest Architects of the Twentieth Century: Goals, Methods, and Life Cycles”: A survey of textbooks reveals that Le […]