As Republicans and Democrats continue to bicker about spending and taxes, the Onion has stepped in with an excellent plan for averting a fiscal crisis:

And, our favorite, Step Three: 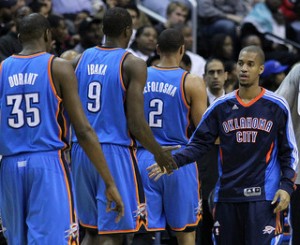 Much has been made of the plan the Oklahoma City Thunder followed in building a title contender.  Here are the basic steps the Thunder supposedly followed:

1.Lose a bunch of games across a few seasons, which allows a team to accumulate lottery picks
2. Draft “stars” with lottery picks
3. Sign “stars” to long-term contracts
4. Win a title (or more)

The Thunder did well with step one.  Starting with their last two seasons in Seattle in 2006-07, this franchise had three seasons where it won 31 games, 20 games, and 23 games.

These performances primarily led to the following four high picks in the draft: 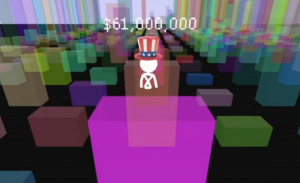 What Would it Be Like to Climb 26 Years of Federal Spending?

Data is often difficult to comprehend, especially when the numbers are huge. As Sanjoy Mahajan points out, the $14.3 trillion national debt seems impossible to fathom. It's not a numeracy problem; it's more a question of how to divide the gigantic number into parcels we can understand. Mahajan suggests using smaller measures we can handle - namely thinking about debt in per capita terms.

Fortunately there are also some media tech folks to the rescue. This spring, two computer engineers from Minneapolis challenged designers and coders to come up with a visual program to help the public understand the U.S. federal budget. You can see the winners here. If you want a fun way to understand the cuts that Obama's talking about, the game Budget Climb lets you physically experience 26 years of federal spending data in a virtual reality, interactive format. 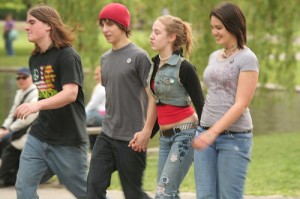 The average age of Congress is 57.4 years-old. With all the talk (from both sides of the aisle) about how our ballooning debt is stealing from today's young people, shouldn't they have a voice in deciding how to solve our long-term fiscal problems, considering they'll be the ones paying for them? And yet, now that Rep. Aaron Schock (R-IL) has turned 30, not a single member of Congress is in his/her twenties.

What would a budget designed by the Millennial Generation look like? We now know thanks to a group of 18- to-26-year-olds who have released a budget proposal reflecting their priorities. It's even been scored by the CBO. Organized by the Roosevelt Institute's Campus Network, the group, along with a handful of think tanks, was given a $200,000 grant by the Peter G. Peterson Foundation to craft a budget proposal.

Is the Debt Cap Unconstitutional? A "Thought Experiment" from 1998

Recent discussions of whether the Fourteenth Amendment's Public Debt Clause would allow the president to ignore the debt limit reminded me of a paper on the topic that a former student of mine, Michael Abramowicz, wrote under my supervision almost fifteen years ago. Michael has since become a prolific scholar on other topics, and this year he had the rare distinction of publishing articles in both the Harvard Law Review (here) and the Yale Law Journal (here). Meanwhile, he and I have recently coauthored twice, on randomizing law (also with my colleague Yair Listokin) and on using bonds as commitment devices. I tried to find Michael's old article with Google and couldn't, so I wrote to him asking about it. With his permission, I include here his reply: 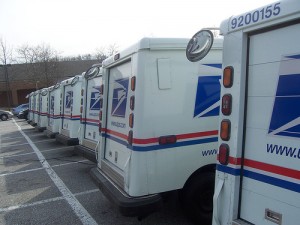 How to Fix the Postal Service?

This week, Bloomberg BusinessWeek put the financial woes of the U.S. Postal Service on its cover with a story titled “The End of Mail.” The dire plight of the USPS isn't exactly news — it's been losing money since 2006, including nearly $20 billion since 2007. But the cliff the agency has been driving toward is fast approaching. The agency is now almost $15 billion in debt. Unless the government steps in, it will default on $5.5 billion of retiree health-care costs in September. By October it will reach its legal debt limit, and by the end of the year, the USPS will be out of cash — insolvent and unable to operate.

So what to do? How do you fix a federal agency that, if private, would rank as the 29th largest company on the Fortune 500 list? It can't just go away, can it?

What's Your Econ 101 Professor Worth?

The Texas A&M University system has embarked on a new accountability program. For every department - indeed, for every professor - revenue generated and cost incurred are calculated; and profit - the difference - is reported. Each professor is presumably supposed to have a marginal revenue product above his/her compensation.

Breaking Down the Deficit

David Leonhardt's carefully-researched column in yesterday's Times breaks down the causes of the increasing budget deficit. The bottom line: Don't blame the Obama agenda, “it is responsible for only a sliver of the deficits.”

Now This Would Have Been a Nice Federal Budget Cut

I have nothing against Abraham Lincoln -- quite admire him, in fact -- but I do think the penny has long, long, long outlived its usefulness.

I have said this time and again and, having been woefully ineffective in bringing about its end, vowed to shut up about it.

Is the Tax-Free Era Over for Online Shopping?

Tucked into a Times report about a typically out-of-touch New York State budget crafted by the wizards of Albany comes this news: Another $50 million [of state revenue] will come from requiring online retailers like Amazon that do not have a physical presence in New York to collect sales taxes on purchases made by New […]