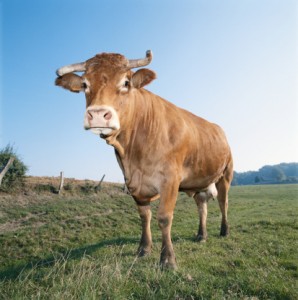 Agnostic Carnivores and Global Warming: Why Enviros Go After Coal and Not Cows

There’s not a single person who’s done more to fight climate change than Bill McKibben. Through thoughtful books, ubiquitous magazine contributions, and, most notably, the founding of 350.org (an international non-profit dedicated to fighting global warming), McKibben has committed his life to saving the planet. For all the passion fueling his efforts, though, there’s something weirdly amiss in his approach to reducing greenhouse gas emissions: neither he nor 350.org will actively promote a vegan diet.

Given the nature of our current discourse on climate change, this omission might not seem a problem. Vegans are still considered as sort of “out there,” a fringe group of animal rights activists with pasty skin and protein issues. However, as a recent report from the World Preservation Foundation confirms, ignoring veganism in the fight against climate change is sort of like ignoring fast food in the fight against obesity.