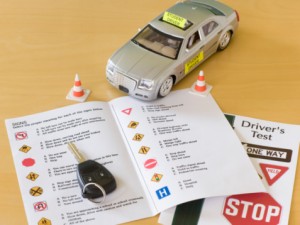 Education As Incapacitation: Why Are States Making it Harder to Get a Learner's Permit?

I got in trouble earlier this summer when a teacher caught me surfing the Internet during a “Safe Driving Practices” class I had to attend so that my son could get his Connecticut driver's license. While a parent has to attend for 2 hours, a 16-year-old must attend for a mind-numbing 8 hours before qualifying to take a written test. The mandatory class is part of Connecticut’s graduated driver licensing requirements, which make it (i) harder for a 16 or 17-year-old to get a learner’s permit, (ii) harder to get a license, and (iii) severely limits the kinds of driving you can do with these licenses.

I was surfing the Internet during class, because something the instructor said about accident statistics since the program was rolled out in 2008 seemed defensive – so I started to look up Connecticut statistics online.

Having attended 2 hours of the training, I seriously doubted that the 8-hour classes serve an educational function.  Nonetheless, surfing made me feel somewhat better about having to sit there because I learned that the new requirements are having an impact: they’re deterring young people from getting their licenses. Look, for example, at what happened to the number of 16 and 17-year-olds receiving learner permits in 2008 when the law took effect (which I calculated from this data): 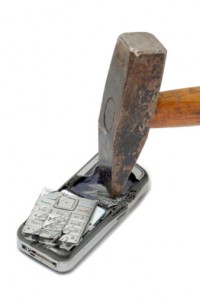 Why I Hate (And Can't Live Without) My Phone

That’s my phone number. It has been for the past eight years and presumably will be for the next eighty. Until they make the Google Chip for my brain. Initially it lived inside a Blackberry. I vaguely remember ordering it online from a company that sold Blackberries to deaf people. I’m not deaf.

For some reason they gave me a Connecticut area code even though I live in New York. I always tell people it’s my “Greenwich office.” Greenwich is famous for all the hedge funds there. It’s a joke. I hate Connecticut. Too many roads have the same name and all run parallel to each other. You drive on them for hours until you finally realize you’re simply never going to arrive at your destination. Every house is bigger than the next in Connecticut. It makes me feel anxious and jealous.

I see little kids riding bicycles outside these mega-mansions. I hate them. Then I hate myself for hating little kids. There’s nothing good about Connecticut.

Except my phone comes from there somehow.