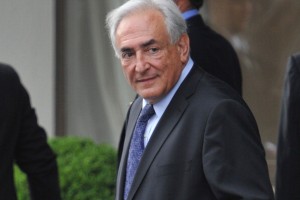 Was There Insider Trading on DSK News?

A month ago, we ran a post featuring a handful of the latest odds on Intrade, including the chances (84% at the time) that Dominique Strauss-Kahn would be found guilty of at least one charge. Those odds have dropped below 10% in the last week, on the news that his accuser may have credibility issues. But when exactly did that price move start?

Reader Chris Reed wrote in asking us to look into the possibility that there was insider trading in the prediction markets on the DSK news. The initial New York Times piece that broke the story that the DSK trial was on the verge of collapse was first posted online Thursday night, June 30, before appearing on the front page of Friday's paper. The Times doesn't time-stamp its articles, but the Huffington Post does. Their story linking to the Times piece is time-stamped 9:38 PM ET.

The Dominique Strauss-Kahn affair has been good business for many journalists and writers, but it's caused some blowback too. Consider this IMF bloggers' event that bit the dust:

And then there's the admiring DSK cover story in Washingtonian magazine, called "The Invisible Man." From the Washington Examiner:

"It was actually sitting at the printer, printed, when he was arrested," explained the publication's editor, Garrett Graff. ... "The most ironic part of this is that the reason we were writing the piece is that nobody had ever heard of this guy," Graff said. "You could be standing next to him at the supermarket check-out line and not recognize him."