Ray Dalio on the Upside of Negative Feedback

Our recent podcast “When Is a Negative a Positive?” is about the productive use of feedback. It argues that, while positive feedback has its place, especially for beginners, it is negative feedback that drives improvement.

This belief is firmly held by Ray Dalio, the founder of the Bridgewater Associates, which has been called (in a fine New Yorker profile by John Cassidy) "the world's richest and strangest hedge fund." Bridgewater's "principles" argue for constant, ruthless feedback, and Dalio attributes Bridgewater's success to this culture.

Here are some excerpts from an interview with Dalio that, unfortunately, didn't make it into our podcast:

"Nobody knows what others are doing wrong. It’s a discovery process. So if I think you’re doing something wrong, I convey that to you in a forthright way. You’re an equal partner in that. But the people around us all then are partners in that. And we go through a process of experimenting, because the same things come up over, and over, and over again. So if you’re doing something wrong, it’s going to come up over and over and over again. And pretty soon, when you’re paying attention to it, it then becomes more apparent. So there’s really very little disagreement concerning each person’s strengths and weaknesses. And then of course, everybody sees that converted into productivity, because once they embrace the standing of what they’re doing wrong and have a strategy to not let that stand in their way -- to create a compensating mechanism -- it’s no longer a barrier to their effectiveness. ... 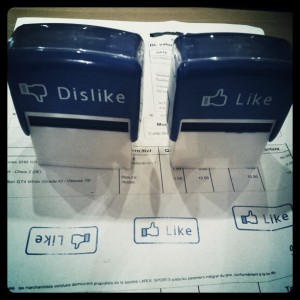 Our latest Freakonomics Radio on Marketplace podcast is called “When Is a Negative a Positive?”  (You can download/subscribe at iTunes, get the RSS feed, listen via the media player above, or read the transcript below.)

So when is a negative a positive? When the negative is feedback. We focus on a clever research project by Ayelet Fishbach of the University of Chicago and Stacey Finkelstein at Columbia. It argues that positive feedback certainly has its role -- especially when someone isn't yet fully invested in a new project or job -- but if it's improvement you're after, then going negative is where it's at:

FISHBACH: The more a person is committed to a goal -- and by that I mean the more someone thinks that they absolutely have to do it, they like doing it, it’s important for them to do it -- the more negative compared with positive feedback will be efficient.