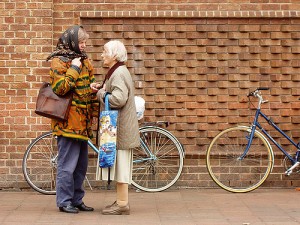 Last week's podcast, "Everybody Gossips (and That’s a Good Thing)," was all about the functions of gossip -- good and bad. A new study (abstract; PDF) by Matthew Feinberg, Robb Willer, and Michael Schultz looks at how gossip influences group cooperation. The researchers played a game with 216 participants, with groups investing in public goods. Participants were allowed to gossip in between rounds and exclude a participant from future rounds, if they chose. They found, as Nicholas DiFonzo said on our podcast, that gossip is great for policing and reforming selfish free riders. From The Telegraph:

“And groups do even better if they can gossip and ostracize untrustworthy members." 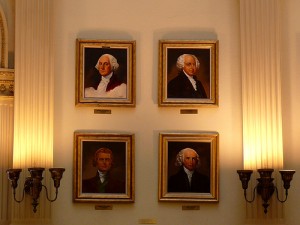 Gossip and the Founding Fathers

In light of our recent podcast "Everybody Gossips (and That's a Good Thing)," we heard from David Head, an assistant professor of  history at Spring Hill College in Mobile, Alabama:

I just listened to the podcast on gossip and as it happens my class on the early American republic will be reading the following article on political gossip for next week:

Have you heard of it? Freeman shows that not only were the founders inveterate gossips but that gossip was crucial to the formation of political parties as like-minded founders, such as Jefferson and Madison, attempted to marshal support to protect themselves and the country from their enemies, such as Hamilton.

What fun it would have been to include this in our episode! Its thesis strengthens the point made in the podcast by Nick Denton of Gawker: