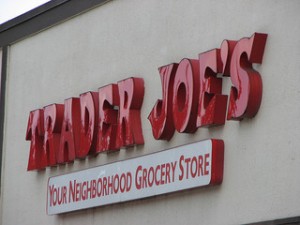 Why It Pays to Pay Employees More

We blogged a while back about how some retail firms succeed by hiring more, not fewer, floor employees, and by treating them particularly well. Among the examples: Trader Joe's and Whole Foods; among the counterexamples: Michael's.

This prompted an e-mail from Hal Varian, Google's chief economist. (If you don't know of Hal you should, as he's an impressive and fascinating guy -- check out the Q&A he did here a few years back.) His e-mail reads:

Saw your piece about Trader Joe's et al.  Here's one reason to pay people more than their market wage (from my textbook):

Varszegi says that he got his start as a businessman in the mid-sixties by playing bass guitar and managing a rock group. "Back then," he says, "the only private businessmen in Eastern Europe were rock musicians." He introduced one-hour film developing to Hungary in 1985; the next best alternative to his one-hour developing shops was the state-run agency that took one month.

The latest recession indicator: more people are searching Google for “coupons” than for “Britney Spears.” And it’s not that Britney is getting less popular. By this measure, the recession began in March 2008. Check out the full time series, here. (Hat tip: Google’s Chief Economist, Hal Varian, via my co-author Bo Cowgill.)

Last week, we solicited your questions for Google chief economist Hal Varian. Here are his answers. Thanks to Hal for his generosity and to all of you for the good questions. Q: Google’s recent announcement that it will be investing in energy research suggests that management now thinks it can earn better returns from investing […]

I was already a big fan of Hal Varian‘s columns on everyday economics in the Times when I had the good fortune to meet him at Google headquarters, when Levitt and I were out there a couple of years ago. He was even more impressive in person. Now you have a chance to ask him […]