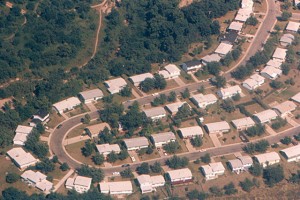 A new paper from economist (and city-lover) Ed Glaeser argues in favor of a reevaluation of government policies towards homeownership.  The abstract:

The most fundamental fact about rental housing in the United States is that rental units are overwhelmingly in multifamily structures. This fact surely reflects the agency problems associated with renting single-family dwellings, and it should influence all discussions of rental housing policy. Policies that encourage homeowning are implicitly encouraging people to move away from higher density living; policies that discourage renting are implicitly discouraging multifamily buildings. 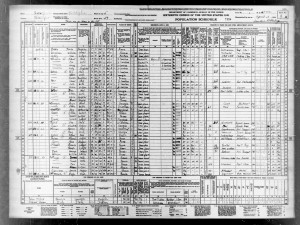 Here’s a splendid diversion if you’re a data nerd, a history buff, or even just like good detective work: Tell the story of the family that lived in your house in 1940.

A bit more background.  If you are in the United States, you probably remember participating in the Decennial Census in 2010.  These forms are kept confidential for 72 years—roughly an average American’s life span.  But this same rule means that today (actually, a couple of days ago), the 1940 Census results became public information.  The good folks at the National Archives have scanned all of these census forms, and put them all online. With a bit of work, you should be able to find your house—or if you are in a newer neighborhood, perhaps a neighboring house.

Republican presidential candidate Rick Santorum made headlines last week when he suggested that high gas prices made mortgages unaffordable, causing the recent housing bubble to burst and sending the economy into recession. It may sound far-fetched, but it is precisely the theory that I and a pair of coauthors presented in a working paper released five days before Santorum’s remarks.

We are actually a bit more nuanced, arguing that unexpectedly high gas prices triggered the collapse of the housing market -- igniting a fire fueled by easy credit, lax lending practices, and speculation. It is a provocative claim and one with broad implications, but it is also a claim supported by economic theory and empirical evidence.

The federal government’s Financial Crisis Inquiry Commission asserted in its 2010 report that “it was the collapse of the housing bubble . . .that was the spark that ignited a string of events that led to a full-blown crisis in the fall of 2008.” And a broad, if not unanimous, consensus among economists suggests that the ongoing economic malaise was induced by a financial crisis caused by the housing crisis. Relatively less well-understood is what caused the housing crisis in the first place. 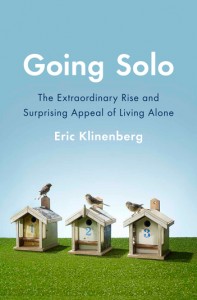 This is the first installment of a new Freakonomics.com feature from Sudhir Venkatesh.  Each AI: Adventures in Ideas post will showcase new research, writing, or ideas.

A new book is garnering significant attention. In Going Solo

, Eric Klinenberg, a sociologist at NYU, looks at a growing trend in contemporary adulthood: living alone. How we live, Klinenberg argues, is shifting, and it could be one of the most important developments of the last half-century.

Astounding Fact of the Day

More evidence of the relationship between the housing market and the overall economy:

Construction makes up less than 5 percent of employment but accounts for more than 40 percent of the large swings in the job-filling rate during and after the Great Recession.

That's from "Recruiting Intensity During and After the Great Recession," by Steven J. Davis, R. Jason Faberman, and John C. Haltiwanger (abstract; PDF).

Far fewer homes have been sold over the past five years than previously estimated, the National Association of Realtors said Tuesday.

That's from a CNNMoney.com report by Blake Ellis.

While NAR hasn't revealed exactly how big the revision to home sales will be, the agency's chief economist Lawrence Yun said the decrease will be "meaningful." ...

The MLS database only includes home sales listed by realtors, and excludes homes listed by owners, providing a very narrow view of the market. And because more people are using realtors to list their homes instead of selling them independently, realtor-listed sales numbers have become artificially inflated, said Yun.

I cannot make sense of that last paragraph; can anyone else?

FWIW, back in 2007 we ran a Quorum on this blog asking the question "Is it time to believe in the housing bubble?" Lawrence Yun was one of the respondents: 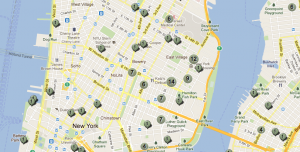 An Unintended Consequence of a Housing Database?

A recent Times article describes a new interactive database put together by NYU that lets you track all subsidized housing in the city.

As the article makes clear, this database performs a variety of worthwhile functions -- allowing renters or buyers to locate affordable housing; letting affordable-housing advocates keep track of when subsidized buildings are scheduled to potentially lose their subsidized status; etc.

There's one potential function the article didn't mention, however. Am I a cynic (or a jerk, or maybe just a realist) for thinking that this database will also be used by renters and homebuyers eager to avoid neighborhoods that have a lot of subsidized housing? 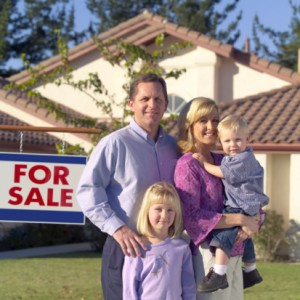 A new research paper by Lisa Dettling and Melissa Schettini Kearney from the University of Maryland examines whether the fluctuation in home prices affects fertility rates. The authors used Vital Statistics data from 1990 - 2007, and Federal Housing Finance Agency Price Index (and alternately the Case-Shiller Index) to simulate equity/fertility correlations. 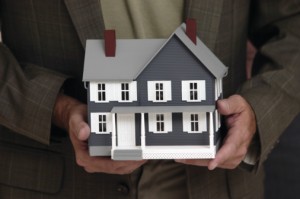 Paying the Rent After the Pink Slip

A recent national survey indicates that "[o]ne in three Americans would be unable to make their mortgage or rent payment beyond one month if they lost their job." Even higher-income households would find themselves in trouble quickly: "Ten percent of survey respondents earning $100K or more a year say they would immediately miss a payment."

Even more Americans -- 61 percent -- wouldn't be able to pay the rent or mortgage after five months of unemployment. Given the current state of the economy, it's perhaps wise to heed Suze Orman's 2008 advice on this blog -- she recommended an eight-month emergency savings fund. 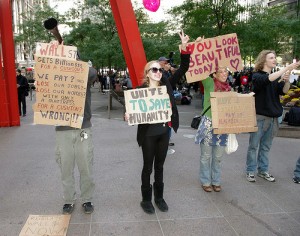 Dear Occupy Wall Street: Are You Sure You're in the Right Place?

I get it - people are angry. Very, very angry. I'm angry too. And Wall Street sure makes a great scapegoat, hence the Occupy Wall Street protest. Wall Street is a symbol of the "greed and corruption" that took over America and caused this whole mess.

But let's take a minute to examine the facts and see if we can't find some better scapegoats:

In 1997 Andrew Cuomo, the Secretary of Housing and Urban Development under Bill Clinton, allowed Fannie Mae to reduce the standards by which they would secure loans. This helped create the entire subprime category. Was this a bad thing? Of course not - it allowed more people to leave the ghetto, move to the suburbs, and achieve the American Dream of owning a home. Who knew that "Dream" would turn into a nightmare in a mere decade. Andrew Cuomo is not Nostradamus. We can blame him of course, but he had good intentions despite the negative results.