How About a Free Market for College Athletes?

In 2010, CBS and Turner Broadcasting agreed to pay $10.8 billion to broadcast the NCAA men’s basketball tournament from 2011 to 2024.  As a result of this contract, fans of this tournament can watch these games on four different networks.   And perhaps more importantly (for those of us who work during the day), we can see these games on our computers in our offices.

Certainly all these games make us fans very happy.  And all that money has to make coaches, athletic directors, and other university administrators happy.  But what about the people we are actually watching? 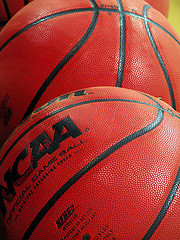 March Madness is in the air. Over the next few weeks the nation will be focused on the fortunes of 68 college teams.  And all this focus on a supposedly amateur sport generates tremendous amounts of money.  For example, in 2010 CBS and Turner Broadcasting agree to pay the NCAA $10.8 billion to broadcast these games for fourteen seasons. This money represents more than 90% of the NCAA’s revenues.

Since colleges and universities tend to be non-profit, who gets all this money?  One person who seems to benefit is John Calipari, head basketball coach at the University of Kentucky.  Last summer, Kentucky extended Calipari’s contract, with a new deal that will pay him $36.5 million across the next eight seasons. Contracts like this – which seem comparable to what an NBA coach might command -- are somewhat surprising. As economist Andrew Zimbalist has observed, the revenues of college sports – although apparently immense – pale in comparison to what we see in professional sports. And that leads one to wonder how a coach in college can command such a salary. 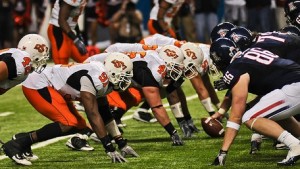 Last week, we posted an essay by University of Chicago economist Allen R. Sanderson on why he thinks a "sin tax" should be levied against Division I college football. His basic point is that student-athletes essentially serve as unpaid labor, and since most of them never make it to the NFL (or end up out of the league after just a few years), the extra tax revenue should go toward supporting them in their effort to finish their education.

You responded quickly with a variety of comments and opinions; though not so many direct questions. So Allen has written a response that's broadly aimed at some of the points brought up by a number of readers. Overall, it's a good (and provocative) read that focuses on the bizarre economics of Division I college football.

First of all, thanks for all the great comments, suggestions and complaints. Good conversations!

In terms of Alex’s comment about “where’s the harm” (or the negative externality), I think the best way to look at it is not unlike the Antebellum South and slavery. To be sure, today’s Division I college athletes are not slaves, nor were they drafted; they volunteered, and expected to benefit more by playing football for Big State University than from their next best alternative. 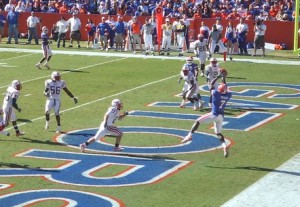 Should College Football Be Taxed? Bring Your Questions for Allen Sanderson

Allen R. Sanderson is an economist at the University of Chicago who enjoys, among other things, writing about sports. Some of his past work includes pieces on the puzzling economics of sports, why ties should be allowed in baseball, and how football highlights America's least flattering features.

Sanderson's most recent piece comes from the November 2011 issue of Chicago Life magazine, entitled "Taxes and Touchdowns." In it, Sanderson argues in favor of imposing "steep" taxes on college football (and perhaps basketball) and that a college sports tax should be seen as the fifth sin tax, next to taxes on alcohol, cigarettes, gasoline and fat/sugar. And he's not just talking about taxing certain aspects of college football; he's talking about taxing the whole shebang: advertising, television broadcasts, logo merchandise sales, gate receipts. And then using that money to help support those "student-athletes" who don't make it pro in their effort to finish up their education. 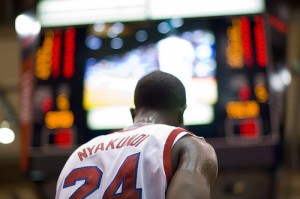 College Athletes and Sudden Cardiac Death: Why Do Male Basketball Players Have Such a High Risk?

There's an interesting story in today's Wall Street Journal, by Katherine Hobson about a new method some cardiologists have come up with to better diagnose life-threatening heart conditions among student athletes. Apparently, since the hearts of well-conditioned athletes sometimes put out more electrical voltage than average, their ECG's can often look like that of someone with a heart problem. This has led to an underestimation of the risks that sudden cardiac death (SCD) poses to student athletes, according to the study, even though it's their leading medical cause of death during exercise. The findings were published this month in the American Heart Association journal Circulation. You can read the abstract here.

What really caught my eye though was an info-graphic the WSJ ran next to the story. Using data from Circulation, the graphic depicts the overall rates of SCD, from high to low, per year among NCAA college athletes, broken out by different sports.