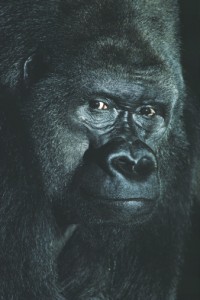 Rise of the Apes via Miracle Grow

This is a Freakonomics guest post by Mark Changizi, an evolutionary neurobiologist, and Director of Human Cognition at 2AI. His new book Harnessed explores the evolutionary origins of language and music.

Rise of the Apes via Miracle Grow
By Mark Changizi

Add Miracle Grow to your tomato plants and you get tomatoes. Big tomatoes, but still tomatoes. What you don’t get are mobile, blood-thirsty tomatoes with a deep distaste for the classic tune, “Puberty Love.” That would require serious evolutionary design, something far more complex than Miracle Grow can handle.

Yet something very much like Miracle Grow works for giving chimps and gorillas human-level intelligence. Or, at least, that’s what you’d have to believe to accept the premise of the summer movie, Rise of the Planet of the Apes, where a grow-more-neurons drug aimed for Alzheimers is given to apes, who thereby become the cognitive equal of humans, replete with language.

Obviously, that can’t happen. Our human brain is not simply a bigger version of the same fundamental ape design. Rather, it possesses essential new software forged over millions of years of natural selection. Some believe there is new language software, a language instinct; while others believe, in contrast, that what’s new are general-purpose algorithms of the kind artificial intelligence researchers seek. A simple give-‘em-more-neurons mechanism can’t reproduce these sorts of designs. 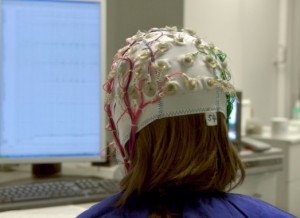 How Advancements in Neuroscience Will Influence the Law

Every day, legal decisions are made based on the pain, suffering, and anxiety people say they're feeling, even though we have no objective way to measure them. So what if we could see inside people's minds -- not just to know what they're feeling now, but what they've felt in the past too?

Advancements in neuroscience are already improving our ability to do so. A new article published in the Emory Law Journal (full version here) entitled "The Experiential Future of the Law," by Brooklyn Law School professor Adam Kolber, looks at how these advancements will continue over the next 30 years (to the point of near mind-reading), and how they'll inevitably lead to changes in the law. 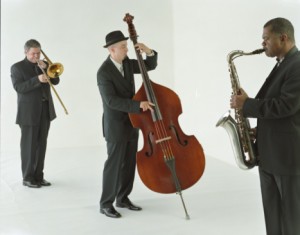 Do Musicians Have Better Brains?

A new study (abstract here; description here) proves what many of us already suspected: musicians have more highly-developed brains than the rest of us. The research relates to the concept of high mind development, which is basically the potential to become really good at something.

New research shows that musicians' brains are highly developed in a way that makes the musicians alert, interested in learning, disposed to see the whole picture, calm, and playful. The same traits have previously been found among world-class athletes, top-level managers, and individuals who practice transcendental meditation. 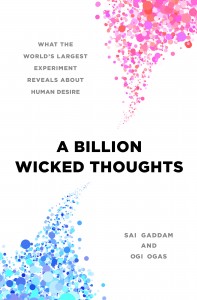 The Neuroscience Behind Sexual Desire: Authors of A Billion Wicked Thoughts Answer Your Questions

On May 5, we asked readers to submit questions for Ogi Ogas and Sai Gaddam, authors of the recent book A Billion Wicked Thoughts: What the World’s Largest Experiment Reveals About Human Desire.

Now, Ogas and Gaddam respond, first with an opening summary of their methodology and results, and then with detailed responses to some of your questions.