Another Kidney-Donation Story to Make You Smile

A few years ago, we made a podcast episode with Al Roth, the Stanford economist whose work on market design and matchmaking won him a Nobel Prize. His most eye-catching work involves a system to increase the supply of kidney donors (and, more important, kidney recipients). We followed up that episode with another one, the […]

Israel, which has a history of creatively incentivizing organ donation, will soon be implementing yet another organ "nudge."  Al Roth shared a recent email from Israeli transplant surgeon (and Freakonomics podcast guest) Jay Lavee explaining the new policy (which is based on unpublished research by Roth and Judd Kessler):

Just a short note to let you know that the Israeli Minister of Health has adopted this week my recommendation to establish by law the modified mandated choice model based upon your work, whereby the issuing or renewal of an ID, passport or driving license will be conditional upon answering the question of becoming a registered donor to which only a positive answer will be given as an option or else the “Continue” button will be selected. It seems that, contrary to my previous worries, the entire registration for these documents is currently being done online and therefore there should be no technical issues to implement this model.

The Gender Gap in Organ Donors in Taiwan

Al Roth reports on an interesting gender gap in Taiwan: according to an article in Focus Taiwan, "Of the 620,000 people on Taiwan's organ donation list, 65 percent are women..."  The article goes on to point out that:

The trend is more pronounced in the largest demographic of organ donors, those aged 21-50, which features 2.2 times more women than men, Wu [Ying-lai] said, based on an analysis of the 223,250 people who have signed up for the national organ donation program in the past 10 years.

In SuperFreakonomics: The Illustrated Edition, we explored the bizarre, unintended consequence of repealing motorcycle helmet laws: an increase in human organs available for transplantation.

A new report shows that motorcycle deaths are not dropping. From the Wall Street Journal:

A report released today by the Governors Highway Safety Association (GHSA) finds that no progress was made in reducing motorcyclist deaths in 2011. Based upon preliminary data from 50 states and the District of Columbia, GHSA projects that motorcycle fatalities remained at about 4,500 in 2011, the same level as 2010. Meanwhile, earlier this month, the National Highway Traffic Safety Administration projected that overall motor vehicle fatalities declined 1.7 percent in 2011, reaching their lowest level since 1949. Motorcycle deaths remain one of the few areas in highway safety where progress is not being made.

2. Economist humor: When a physicist meets an economist.

3. Will the UAE outlaw junk food in schools?

2. A potential "game-changer in the field of [organ] transplantation" -- stem cells from the donor may replace anti-rejection drugs.

4. Writer's block? New study on the best time of day to be creative. 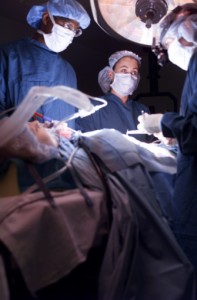 If you're a regular reader of this blog, you know we write a lot about organ donation and incentives. Like whether registered organ donors should get priority when it comes time to get in line themselves. Or whether the transplant market is too restrictive.

A recent Bloomberg column by Virginia Postrel highlights the difference between goodwill and cold hard cash as incentives to donate, not to mention the legal limits that exist to prevent transplants going to the highest bidder. 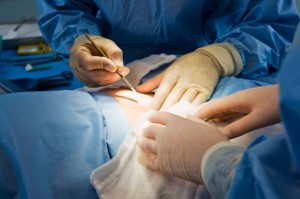 Pay to Play: Should Registered Organ Donors Get Priority as Recipients?

The organ donor waiting list in America is a long one. There's far too much demand for a very limited supply. In 2010, 89,316 people were on the kidney transplant waiting list, while the number of living donors was only 6,282, and the number of deceased donor transplants was 10,622. Freakonomics is no stranger to the repugnant discussion of the organ market. America’s particular organ donation policies, however, aren’t practiced everywhere. Singapore and Israel give priority to potential recipients who were already registered donors. A new working paper written by Judd B. Kessler of Wharton, and Alvin E. Roth from Harvard further tests this idea of priority-to-participants in an incentivized game. Here’s the abstract:

How to Best Incentivize Organ Donations?

Organ donation is a familiar topic around here. Back in December, we discussed whether there should be a legal market for organs in a podcast episode called "You Say Repugnant, I Say... Lets Do it!" A few weeks ago, we blogged about whether the idea of a legal organ market is losing its stigma. So we were immediately intrigued by news that emerged earlier this month from China, about a 17-year-old boy who had sold his kidney for $3,392 to buy a new iPad 2. From the BBC:

The 17-year-old, identified only as Little Zheng, told a local TV station he had arranged the sale of the kidney over the internet. The story only came to light after the teenager's mother became suspicious. The case highlights China's black market in organ trafficking. A scarcity of organ donors has led to a flourishing trade.

The story turned out to be perfect fodder for Michele Goodwin, who has embarked on a three-part series on organ transplantation over at the Chronicle of Higher Education. Goodwin argues that the organ transplant market is far too restrictive, and makes the case for creating better incentives for organ donors in order to undercut the black market.