Some Evidence on Whether Money Buys Political Influence

Concern that lawmakers grant preferential treatment to individuals because they have contributed to political campaigns has long occupied jurists, scholars, and the public. However, the effects of campaign contributions on legislators’ behavior have proven notoriously difficult to assess. We report the first randomized field experiment on the topic. In the experiment, a political organization attempted to schedule meetings between 191 Members of Congress and their constituents who had contributed to political campaigns. However, the organization randomly assigned whether it informed legislators’ offices that individuals who would attend the meetings were contributors. Congressional offices made considerably more senior officials available for meetings when offices were informed the attendees were donors, with senior officials attending such meetings more than three times as often (p < 0.01). Influential policymakers thus appear to make themselves much more accessible to individuals because they have contributed to campaigns, even in the absence of quid pro quo arrangements. These findings have significant implications for ongoing legal and legislative debates. The hypothesis that individuals can command greater attention from influential policymakers by contributing to campaigns has been among the most contested explanations for how financial resources translate into political power. The simple but revealing experiment presented here elevates this hypothesis from extensively contested to scientifically supported.

Are Vaccines Red or Blue?

As the long-running debate continues over whether childhood vaccines cause autism, Yale professor Dan M. Kahan (who has appeared on Freakonomics Radio) takes a look at people's attitudes toward vaccination. He dispels the myth that liberals are more likely to be anti-vaccine. From the abstract of his new paper:

This Report presents empirical evidence relevant to assessing the claim — reported widely in the media and other sources — that the public is growing increasingly anxious about the safety of childhood vaccinations. Based on survey and experimental methods (N = 2,316), the Report presents two principal findings: first, that vaccine risks are neither a matter of concern for the vast majority of the public nor an issue of contention among recognizable demographic, political, or cultural subgroups; and second, that ad hoc forms of risk communication that assert there is mounting resistance to childhood immunizations themselves pose a risk of creating misimpressions and arousing sensibilities that could culturally polarize the public and diminish motivation to cooperate with universal vaccination programs. Based on these findings the Report recommends that government agencies, public health professionals, and other constituents of the public health establishment (1) promote the use of valid and appropriately focused empirical methods for investigating vaccine-risk perceptions and formulating responsive risk communication strategies; (2) discourage ad hoc risk communication based on impressionistic or psychometrically invalid alternatives to these methods; (3) publicize the persistently high rates of childhood vaccination and high levels of public support for universal immunization in the U.S.; and (4) correct ad hoc communicators who misrepresent U.S. vaccination coverage and its relationship to the incidence of childhood diseases.

Who Drinks More: Liberals or Conservatives?

Liberals, according to a new paper in the Journal of Wine Economics by Pavel A. Yakovlev and Walter P. Guessford of Duquesne University. The paper, “Alcohol Consumption and Political Ideology: What's Party Got to Do with It?," looks at alcohol consumption and voting patterns from 1952 to 2010 and finds that as states become more liberal politically, they drink more beer and spirits, although less wine. The abstract:

Recent research in psychology and sociology has established a connection between political beliefs and unhealthy behaviors such as excessive alcohol, tobacco, and illegal drug consumption. In this study, we estimate the relationship between political ideology and the demand for beer, wine, and spirits using a longitudinal panel of fifty U.S. states from 1952 to 2010. Controlling for various socioeconomic factors and unobserved heterogeneity, we find that when a state becomes more liberal politically, its consumption of beer and spirits rises, while its consumption of wine may fall. Our findings suggest that political beliefs are correlated with the demand for alcohol.

For all you politically conservative drinkers out there, check out one of our most popular podcasts of all time: "Do More Expensive Wines Taste Better?"

Tired of only voting for a party duopoly? Join the Startup Party USA to change our elections away from duopolist rule. Startups aren’t just for monetary profit.

The Startup Party USA intends to be the first 3+ political party in the United States. A 3+ political party is one with the primary mission of reforming voting rules so that even more parties have an equal and fair chance at winning elections. To accomplish this, we must first eliminate winner-take-all or “first past the post” voting everywhere in the USA. 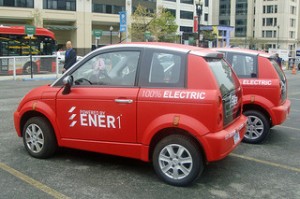 A new study by Bradley W. Lane, Natalie Messer-Betts, Devin Hartmann, Sanya Carley, Rachel M. Krause, and John D. Graham on why governments promote electric vehicles finds that the environmental benefits of the vehicles have little to do with politicians' motives for supporting the industry. Perhaps not surprisingly, "Government Promotion of the Electric Car: Risk Management or Industrial Policy?" (gated) finds that the economic benefits of the industry are the primary motivator for most governments. From the press release:

Contrary to common belief, many of the world’s most powerful nations promote the manufacture and sale of electric vehicles primarily for reasons of economic development – notably job creation – not because of their potential to improve the environment through decreased air pollution and oil consumption.

This is among the main findings of a study by researchers at the Indiana University Bloomington School of Public and Environmental (SPEA) and University of Kansas that analyzed policies related to electric vehicles (EVs) in California, China, the European Union, France, Germany, and the United States – political jurisdictions with significant automotive industries and markets for EVs.

“Billions of dollars are being invested despite doubts that some express about the viability of electricity as a propulsion system,” said John D. Graham, SPEA dean and co-author of the study. “The objective of many of these national and sub-national governments is to establish a significant position – or even dominance – in the global marketplace for these emerging, innovative new technologies.”

Titles of Laws as Propaganda

How illiterate do our politicians think we are?

In the old days we had plain titles of laws, such as the Voting Rights Act or the Civil Rights Act. In the United Kingdom, the titles of laws still reflect their subjects, whether the Official Secrets Act or the National Health Service Act. The modern U.S. Congress, as the least trusted institution in America, is particularly prone to these propaganda titles. Thus, modern Americans, instead of universal, government-funded healthcare, get government-funded propaganda: the Patient Protection and Affordable Care Act.

Our podcast "The Truth Is Out There…Isn’t It?” showed that even very smart people can fool themselves into confirming their own beliefs, especially when surrounded by peers with the same beliefs. PSMag.com reports on new research that shows young Americans self-identify as more conservative than they actually are:

“Commentators have presumed that America is a ‘center-right’ nation,” write psychologists Ethan Zell of the University of North Carolina-Greensboro and Michael Bernstein of Pennsylvania State University-Abington. “The present findings challenge this assumption.”

Their three surveys featured, respectively, 199 students at a Southeastern university, 360 adults recruited on Amazon’s Mechanical Turk (with a mean age of 28), and 154 students from two universities. The final group was weighted so that there were an equal number of people in each of seven political categories, ranging from very liberal to very conservative.

In each case, participants revealed how they define themselves politically on that seven-point scale. They then completed a quiz developed by the Pew Research Center for the PBS Newshour, in which they indicated their views on 12 major issues, including welfare and gay marriage.

Results were consistent across the board: Participants rated themselves as more conservative than their positions on the issues would indicate.

It's the Weather, Stupid

We've written in the past about how weather can have a surprisingly strong effect on things like civil war and riots. (Short story: rioters don't like getting rained on and droughts can start a war.)

The political scientist Peter Kurrild-Klitgaard has a new paper on the topic in Public Choice (abstract; PDF) called "It's the Weather, Stupid! Individual Participation in Collective May Day Demonstrations." The bolding is mine:

“We investigate the possible explanations for variations in aggregate levels of participation in large-scale political demonstrations. A simple public choice inspired model is applied to data derived from the annual May Day demonstrations of the Danish labor movement and socialist parties taking place in Copenhagen in the period 1980–2011. The most important explanatory variables are variations in the weather conditions and consumer confidence, while political and socio-economic conditions exhibit no robust effects. As such accidental or non-political factors may be much more important for collective political action than usually acknowledged and possibly make changes in aggregate levels of political support seem erratic and unpredictable.”

One of the President’s budget proposals treats tax deductions as if a person’s marginal tax rate were 28 percent, rather than the actual possibly 39.6 percent.  This would bring in substantial extra tax revenue, yet it wouldn’t violate the Republicans’ strong distaste for higher marginal tax rates on the grounds that they allegedly stifle incentives of the rich.  Despite that, they are complaining loudly.

The President is finally proposing indexing Social Security benefits by the chained CPI, a more correct measure of price inflation than the current measure.  Using it would reduce benefit growth and make indexation fairer to taxpayers and recipients.  Yet I have already been deluged by liberal groups’ email petitions objecting to this change.

The only good thing about this sorry spectacle is that it is nice to know there is no shame on any side. 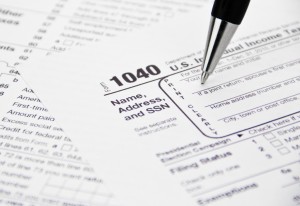 Our latest Freakonomics Radio on Marketplace podcast is called “The Tax Man Nudgeth."  (You can download/subscribe at iTunes, get the RSS feed, listen via the media player above, or read the transcript.)

The U.S. tax code is almost universally seen as onerous and overly complicated. There is always talk in Washington about serious reform -- Michigan Reps. Dave Camp (R.) and Sander Levin (D.) are currently working on it -- but, Washington being Washington, we probably shouldn't hold our breath.

So in this podcast we decided to take a look at the tax code we’re stuck with for now and see if there are some improvements, however marginal, that are worth thinking about. We start by discussing the "tax gap," the huge portion of taxes that simply go uncollected for a variety of reasons. We once wrote about a clever man who helped close the gap a bit. In this episode, former White House economist Austan Goolsbee tells us why the government doesn't try too hard to collect tax on all the cash that sloshes around the economy.

You'll also hear from Dan Ariely, who has an idea for turning the act of paying taxes into a somewhat more satisfying civic duty.