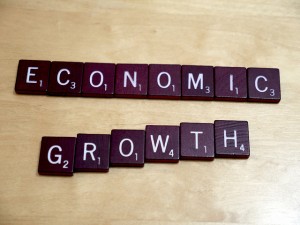 Tim Harford, who writes the Financial Times's  “Undercover Economist” column, has appeared on our blog many times. This guest post is part of a series adapted from his new book The Undercover Economist Strikes Back: How to Run or Ruin an Economy.

Can economic growth continue forever? The internet seems to be full of physicists explaining that economists are clueless on this topic. There’s the late Albert Bartlett’s hugely popular videos – or Tom Murphy’s article “Exponential Economist Meets Finite Physicist.” The key issue is that exponential growth will eventually take you to impossible places. And by eventually, the physicists mean “sooner than we expect.”

Exponential growth is any kind of growth that compounds like interest payments. The classic example is the rice on the chessboard. According to an old story, the inventor of the game of chess was offered a reward by a delighted king. He requested a modest-sounding payment: one grain of rice on the first square of the chessboard, two on the second, four on the third, doubling each time. Yet this is actually a colossal amount—many times the annual rice production of the entire planet. 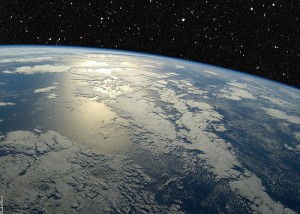 What Will Be the Impact of Seven Billion People?

On Halloween this year, the world's population will hit seven billion -- or so estimates the United Nations Population Fund. Spooky, considering we hit six billion only a little more than a decade ago. Elizabeth Kolbert offers a brief history of population growth in a recent New Yorker article:

Depending on how you look at things, it has taken humanity a long time to reach this landmark, or practically no time at all. Around ten thousand years ago, there were maybe five million people on earth. By the time of the First Dynasty in Egypt, the number was up to about fifteen million, and by the time of the birth of Christ it had climbed to somewhere in the vicinity of two hundred million. Global population finally reached a billion around 1800, just a couple of years after Thomas Malthus published his famous essay warning that human numbers would always be held in check by war, pestilence, or “inevitable famine.”

Of course, we all know that Malthus was a little off the mark.

Why Did the Price of Uranium Skyrocket?

Between 2004 and 2007, the spot price of uranium more than quadrupled, reaching more than $140 before falling off sharply in the past several months to less than $80. Why was there such a huge spike in price? One reason is because there’s been an increased demand from nuclear power plants around the world, as […]