Economists Melissa S. Kearney, who has appeared on this blog and our podcast before, and Phillip B. Levine have a new NBER paper (abstract; PDF) that looks at the influence of MTV's reality-TV show 16 and Pregnant on teen pregnancy. Levine explained the study's assumption to The New York Times:

Ms. Kearney and Mr. Levine examined birth records and Nielsen television ratings, finding that the rate of teenage pregnancy declined faster in areas where teenagers were watching more MTV programming — not only the “16 and Pregnant” series — than in areas where they did not. The study focuses on the period after “16 and Pregnant” was introduced in 2009 and accounts for the fact that teenagers who tuned in to the show might have been at higher risk of having a child to begin with.

“The assumption we’re making is that there’s no reason to think that places where more people are watching more MTV in June 2009, would start seeing an excess rate of decline in the teen birthrate, but for the change in what they were watching,” Mr. Levine said.

The authors found that the show "led to more searches and tweets regarding birth control and abortion, and ultimately led to a 5.7 percent reduction in teen births in the 18 months following its introduction. This accounts for around one-third of the overall decline in teen births in the United States during that period." 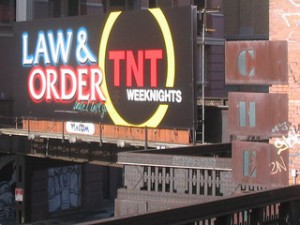 An Economics Lesson from Law and Order SVU

I watched a Law and Order SVU re-run last night, remarkably one that I hadn’t seen before. In the episode, an infant dies of measles contracted from another child whose parents refuse to vaccinate her.  (Infants are not vaccinated against measles.)  This is a classic case of whether concerns about potential negative externalities outweigh the desire to keep the government from dictating private behavior (vaccination). We already permit both approaches: we mandate vaccines for children to enter public school, and allow parents (as in this TV show) the choice of not vaccinating pre-schoolers.