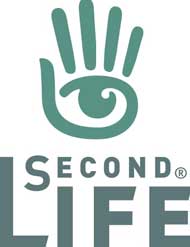 Last week, we solicited your questions for Second Life creator Philip Rosedale. Your questions were excellent, as are his answers. Thanks to all.

Q: Do you have macroeconomists regulating the supply of Linden dollars? [Some virtual worlds do.] Are they Keynesians? Monetarists? Does the economy experience inflation?

A: We don’t have an economist on staff yet, but we’d love to hire a great one. That said, we do take macroeconomic analysis and the management of the economy very seriously. We have a dedicated team that monitors financial transactions in-world, as well as some automated circuit-breakers that help to keep the Linden dollar stable, at around L$270 to US$1. The GDP of Second Life is growing rapidly relative to the “outside” world, meaning that we have to aggressively increase the money supply to match velocity or we would see a rapid increase in the value of the Linden dollar. We do this transparently; you can see the changes made to the money supply and how they match economic growth here.

Q: What security measures do you take to prevent fraud and abuse? Do you have a dedicated security team?

A: Yes, we have a large team dedicated entirely to dealing with fraud and abuse. It is an important competence for us to build — any platform offering the capabilities of Second Life must necessarily also afford some ability to break the rules, and tracking and managing those cases is important to our success. However, much of the overall “security” of Second Life is provided by those using the platform, such as communities in-world that set their own “zoning” guidelines around content use.

Q: What is your position on “Rule of Law” in Second Life for promoting a stable economy? What role should the Lindens play in assuring that SL is a fair and just place to do business? I left SL a while ago because running a business eventually became too frustrating.

A: We need to create tools as a platform that allow people to self-govern. Though that process may be a bit rockier at the start, it is ultimately the only one that will scale. The Web, for example, felt similarly unregulated at the start. As time went by, people created their own customs and rules.

Q: What steps have you taken to prevent collusive or otherwise anticompetitive activity in Second Life? Do you have personnel dedicated to regulating that aspect of the economy? Do you ever wonder if we are simply characters in a Second Life in some other world?

A: Second Life as a platform is inherently less supportive of anticompetitive or monopolistic activities, which I think is one of the things that makes it so appealing. For example, there are really no “natural resources,” meaning that no one can corner the market on them. Genuine appeal and intellectual value tends to drive Second Life pricing more than distribution muscle and brand.

Q: How do you feel about accusations that by providing a literal “second life,” you’re contributing to a trend of physical isolation that’s damaging the social abilities of an increasing number of teens and adults?

A: Whether sitting in front of a computer is bad for you is a function of whether what you are doing there is more or less challenging than real life. If you are mindlessly shooting monsters, the environment has the risk of making you oversimplify the real world. If, on the other hand, you are confronted with a complex human environment with people from all over the world who are demanding of you in your interactions with them, you could actually be better off in front of the computer. Second Life can teach people new skills and connect them with new cultures in a way that the real-world environments of many places cannot.

Q: Linden Lab has talked before about the future possibilities (and challenges) of connecting to or communicating with other grids and virtual worlds. Do you feel that this is an actual possibility? What impact do you think this connection would have on Second Life’s economy?

A: We believe that virtual worlds with the kind of power and features that Second Life has will be a big benefit to human society, and also that we can continue to run a great business in a very open world. The Second Life economy will hopefully continue its strong growth regardless of our openness and interconnection with other worlds, because there is a tremendous “network effect” that will make people seek out the world with the largest economic opportunities. This is similar to the way eBay, as an auction site, enjoyed network effects that kept it largest in the face of strong competition.

Q: Have you ever read Snow Crash by Neal Stephenson? I don’t know much about Second Life but it sounds similar to the Metaverse in the fiction novel.

A: When Snow Crash came out, I was already really intent on the idea of creating a virtual world like Second Life — I had been thinking about it and doing what small experiments I could since I was in college. But Snow Crash certainly painted a compelling picture of what such a virtual world could look like in the near future, and I found that inspiring.

Q: What plans does Linden Lab have for educators who want to use second life as a virtual classroom?

A: There’s actually a vibrant community of educators already in Second Life, and we’re happy to see it continuing to grow. We’ve seen a range of academic and educational uses of the platform, from research to modeling to distance learning to real-time collaboration, and we offer a program called Campus: Second Life, which provides semester-long virtual land grants to educators that want to try teaching in the virtual world. Additionally, we have a very active e-mail list dedicated to education, on which Residents discuss best practices for in-world educators.

Q: How do people find the time for a Second Life? It seems like most people are too busy working multiple jobs and trying to keep up the payments on their credit cards and upwardly-adjusting mortgage payments.

A: Quit your real job and get one in Second Life! It isn’t possible for everyone, but there are more than 40,000 people who make money in Second Life every month.

Q: Are there any virtual goods which actually cost more than their real world counterparts (at Linden dollar/USD conversion rates)?

A: What a great question! Well, not too many yet, but unique items like virtual clothing from top designers have been sold at in-world charity events for thousands of real dollars.

Q: What has your experience led you to believe about the value, or lack thereof, of having a game-like goal orientation? Would you agree that most activity in SL involves games that people have created out of the materials available (i.e., running a business, speculating on real estate, trading custom content)?

A: People in Second Life have created over 1 billion in-world “objects” occupying total storage space of about 100 terabytes. I wouldn’t agree that these are mostly game-like; most derive their value from their intellectual, utility, or artistic appeal. If anything, Second Life is more diverse than the real world in terms of types of activities, not less.

Q: Why not open up Second Life and allow it to run on game consoles?

A: It is a great idea! We’ve open-sourced the Second Life client software in part with the hope that we can get it onto things like game consoles faster.

Q: If you do open-source, how will you make money? I’m sure there are a lot of developers waiting in the wings for this to happen, but can it be a win-win situation? Is an option like finding a middle ground between open API’s on one end and completely open-sourcing the code on the other a more realistic probability?

A: Because of the network effects that will tend to cause most people to prefer spending their time and doing their business in one virtual world, we think we can have a great business, even in a very open source/standards environment.

Q: Second Life is a fantastic place, and one of the reasons is the freedom residents enjoy to create their own environments. On the other hand, for those who are not yet experienced in Second Life, the learning curve is steep and a lot of first-time visitors seem to get lost. Do you consider it a task for your company to make Second Life a more welcoming place for newcomers, or should this issue be tackled by the residents themselves?

A: A little bit of both. We need to design the software to be friendlier, easier, and more pleasurable to use. The open-sourcing of the viewer code will definitely help with this as well – we’ve already seen a full alternative Second Life viewer created by a third party. But people are already making the content experience in-world better and better, which is exactly the idea behind the Resident-created world.

Q: Do you have a Second Life alterego?

A: Not one that I will tell you about 🙂