FREAK Shots: Don’t Even Think About It

Last week, we asked to see your photos and you responded with vigor — and from around the globe (Burma, Buenos Aires, Canada). Keep sending them here.

Here’s a photo from Omair Khan, who took this in 2005 in New York City: 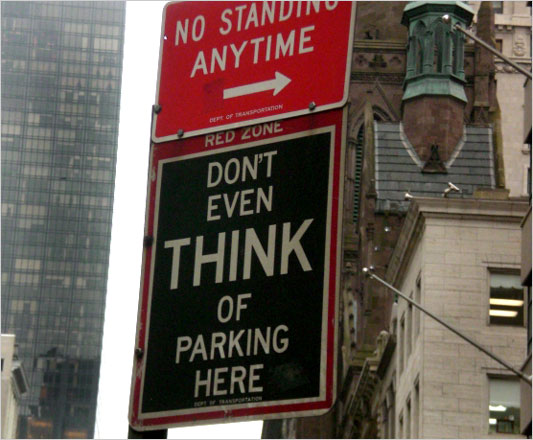 On his blog, Barry Popik cites a 1982 Times article in which Mayor Koch announced the creation of “red zone” bus lanes — dotted with signs like the above — to help relieve New York’s notorious traffic congestion.

Besides their success as collectors’ items, do these signs really work better than the standard “No Parking” warnings?

Getting personal may work.