FREAK Shots: Gas Masks and Getting Used to It

Reader Leonardo Piccioli sent this photo of one employee’s adaptation to smoke in Buenos Aires caused by natural fires nearby. 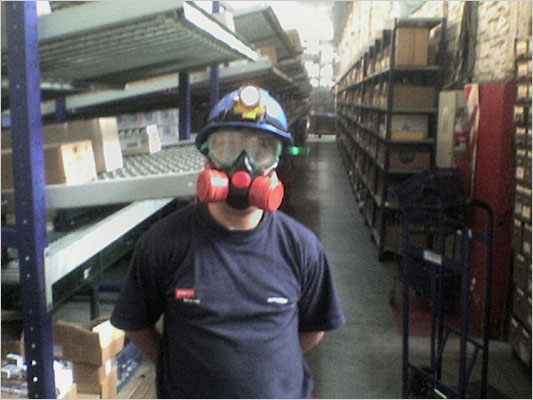 In a similar fashion, Americans should begin adapting to man-made pollution instead of trying to reverse the inevitable, writes Spencer Reiss in Wired. “Climate change is inevitable,” he writes, and we should “get used to it” by focusing our energies on carbon-neutral houses and crops engineered to withstand drought.

Most Americans aren’t walking around in gas masks, but kids’ hoodies in London now come with them and Canada is promoting adaptation strategies, like heating with wood. (Hmm: possible terrible idea; anyone here ever lived with a wood stove?)

It’s also recommended you bring your own mask to the Olympics.

Here’s a different form of adaptation — to The Oregonian‘s overzealous newspaper circulation: 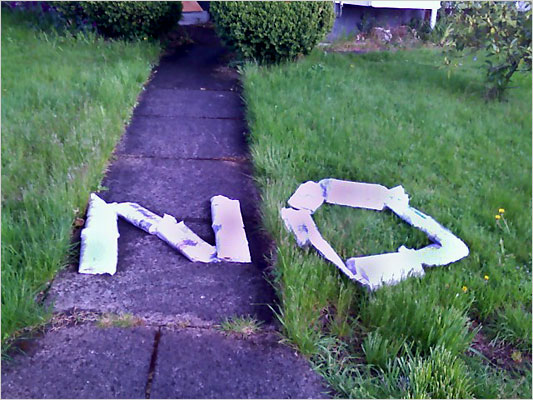