The Harvard President Will See You Now

Season 6, Episode 4 This week on Freakonomics Radio: an in-depth interview with Drew Gilpin Faust, who was installed as the president of Harvard University in 2007. Stephen Dubner explores how a (self-described) “pain-in-the-neck” little girl from rural Virginia came to run the most powerful university in the world. Plus, what is the true value these days of […] 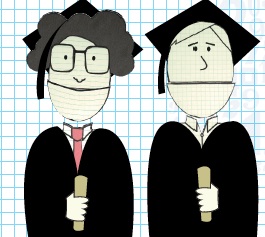 Is a college diploma really worth the paper it’s printed on? In this episode of Freakonomics Radio, host Stephen Dubner breaks down the costs and benefits of going to college, especially during an economy that’s leaving a lot of people un- and underemployed. The data say that college graduates make a lot more money in the long run and enjoy a host of other benefits as well.  But does that justify the time and money? We’ll hear from economists David Card, Betsey Stevenson, and Justin Wolfers, as well as former Bush adviser Karl Rove, who made it to the White House without a college degree. Amherst College president Biddy Martin describes what an education provides beyond facts and figures, while Steve Levitt wonders if the students he teaches at the University of Chicago are actually learning anything.  Finally, a former FBI agent tells us about the very robust market for fake diplomas. 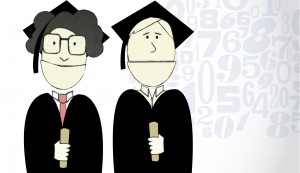 Part 1 explored the value of a college degree and the market for fake diplomas. This episode looks at tuition costs and also tries to figure out exactly how the college experience makes people so much better off.

You can download/subscribe at iTunes, get the RSS feed, listen via the media player above, or read the transcript below.

While there are a lot of different voices in this episode, including current and recent college grads, the episode is also a bit heavy on economists (d'oh!), including: 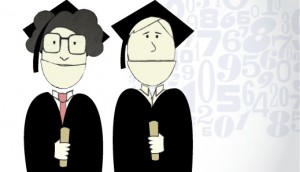 Our latest Freakonomics Radio podcast is called “Freakonomics Goes to College, Part 1.” The gist: what is the true value these days of a college education?

(You can download/subscribe at iTunes, get the RSS feed, listen via the media player above, or read the transcript below.)

As you can tell from the title, this is the first episode of a two-parter. There is so much to say about college that we could have done ten episodes on the topic, but we held ourselves back to two.

The key guests in this first episode are, in order of appearance:

+ Allen Ezell, a former FBI agent who co-authored the book Degree Mills: The Billion-dollar Industry That Has Sold over a Million Fake Diplomas

+ Karl Rove, the former senior adviser and deputy chief of staff for President George W. Bush. Rove, it turns out, is not a college graduate. He is, however, a published author -- of Courage and Consequence: My Life as a Conservative in the Fight

+ David Card, an economist at Berkeley who has done a lot of research and writing on the value of education.

+ And our own Steve Levitt, who has this to say about college: