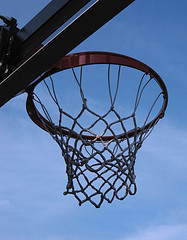 The coaching carousel continues to spin in the NBA.  In recent days, the Los Angeles Clippers – coming off the best season in franchise history – have decided not to bring back Vinny Del Negro as head coach.  The Phoenix Suns -- coming off their worst season since they were in expansion team in the late 1960s – have decided to turn to Jeff Hornacek to lead their team back to respectability.   And the Atlanta Hawks – who were essentially average this last season – have turned to Mike Budenholzer to lead the team next year.

These are hardly the only teams to make a change.  Since the end of the 2012-13 NBA season, the Brooklyn Nets, Charlotte Bobcats, Cleveland Cavaliers, Detroit Pistons, Milwaukee Bucks, and Philadelphia 76ers have all decided that the person who coached the team at the end of this past season shouldn’t be around for the next season. In all, at least nine of the 30 NBA teams will have a new coach next year.

These changes – as I have argued before --will probably not make much difference.   A study published in the International Journal of Sport Finance (full PDF here) – which I conducted with Mike Leeds, Eva Marikova Leeds, and Mike Mondello – found that most NBA coaches across a sample covering 30 years did not have a statistically significant impact on player productivity. And in other sports, we also have evidence that coaches cannot systematically change outcomes. 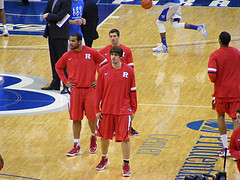 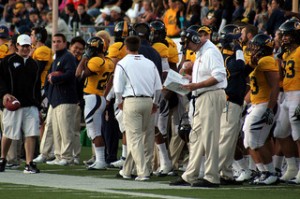 How Can A New College Football Coach Avoid Getting Fired?

More than 25 college football teams have decided to change head coaches in the past few weeks.  As the new coaches get hired and settled into their new jobs, one suspects that all of them believe that they will be the person who will change the fortunes of their new schools.

Unfortunately – as published research seems to indicate – it doesn’t seem likely that many of these coaches will really make a difference. Aside from that ambition, these coaches are definitely hoping to stay in their current position until they decide to voluntarily leave for an even better paying job.  In other words, these coaches hope to avoid getting fired. 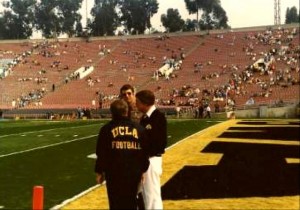 Is Changing the Coach Really the Answer?

Much of the focus today on college football is on the teams at the top.  Will Notre Dame win the national title and finish undefeated? Can Alabama win another championship?  Then there are the 34 other bowl games.  In all, 70 teams have an opportunity to finish the year as a winner.

For those without this opportunity, though, this past season was a disappointment.  For these “losers,” the focus these past few weeks has been strictly on preparing for the next season.  And part of that preparation appears to be changing the head coach.

Already, at least 25 schools have announced that the head coach from 2012 will not be on the sideline in 2013.  For some, this is because a successful team lost their coach to another program.  In many instances, though, teams have asked a coach to depart in the hope that someone else will alter their team’s fortunes.