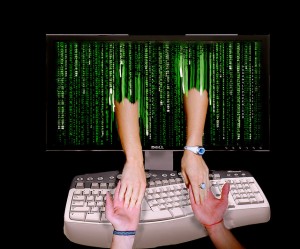 A new study by the University of Chicago's John Cacioppo finds that couples who met online went on to have more fulfilling marriages than those who met offline. They also divorced at a lower percentage:

“These data suggest that the Internet may be altering the dynamics and outcomes of marriage itself,” said the study’s lead author, John Cacioppo, the Tiffany and Margaret Blake Distinguished Service Professor in Psychology at the University of Chicago.

The results were published in the paper, "Marital Satisfaction and Breakups Differ Across Online and Offline Meeting Venues,” in the current issue of the Proceedings of the National Academy of Sciences.

Meeting online has become an increasingly common way to find a partner, with opportunities arising through social networks, exchanges of email, instant messages, multi-player games and virtual worlds, in which people "live" on the site through avatars. The research shows that couples who met online were more likely to have higher marital satisfaction and lower rates of marital breakups than relationships that began in face-to-face meetings.

When a Wife Earns More

A new working paper (abstract; PDF) by Marianne Bertrand, Jessica Pan, and Emir Kamenica looks at gender identity and its affect on household income. Their findings will depress anyone concerned with gender equality. Here's the abstract:

We examine causes and consequences of relative income within households. We establish that gender identity – in particular, an aversion to the wife earning more than the husband - impacts marriage formation, the wife's labor force participation, the wife's income conditional on working, marriage satisfaction, likelihood of divorce, and the division of home production. The distribution of the share of household income earned by the wife exhibits a sharp cliff at 0.5, which suggests that a couple is less willing to match if her income exceeds his. Within marriage markets, when a randomly chosen woman becomes more likely to earn more than a randomly chosen man, marriage rates decline. Within couples, if the wife's potential income (based on her demographics) is likely to exceed the husband's, the wife is less likely to be in the labor force and earns less than her potential if she does work. Couples where the wife earns more than the husband are less satisfied with their marriage and are more likely to divorce. Finally, based on time use surveys, the gender gap in non-market work is larger if the wife earns more than the husband.

Why Do American Women Work More Than Europeans?

Economists Indraneel Chakraborty and Hans Holter have an explanation for all those extra hours Americans work as compared to Europeans: divorce rates (and tax rates)  Here's their theory:

We believe this is because marriage provides an implicit social insurance since the spouses are able to share their income. However, if divorce rates are higher in a society, women have a higher incentive to obtain work experience in case they find themselves alone in the future. The reason the incentive is higher is because in our data, women happen to be the second earner in the household more often than men. European women anticipate not getting divorced as often and hence find less reason to insure themselves by working as much as American women.

Chakraborty and Holter use U.S data to run a model testing their theory; their findings are interesting: 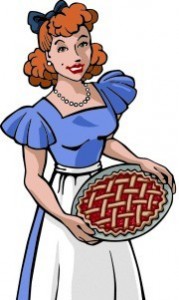 Did Risk of Divorce Drive Boomer Women to Increase Their Education?

A new working paper from authors Raquel Fernandez and Joyce Cheng Wong highlights the stark differences in the lives of two generations of American women: those born in 1935 and those born just 20 years later in 1955. The authors found that education, wage structure and divorce were the main causes to changes in labor force participation.

Women born in 1935 went to college significantly less than their male counterparts and married women’s labor force participation (LFP) averaged 40% between the ages of thirty and forty. The cohort born twenty years later behaved very differently. The education gender gap was eliminated and married women’s LFP averaged 70% over the same ages... We find that the higher probability of divorce and the changes in wage structure faced by the 1955 cohort are each able to explain, in isolation, a large proportion (about 60%) of the observed changes in female LFP.

From the Economist: "To avoide the dynasties that have misruled many Latin American countries, Guatemala’s constitution forbids relatives of the incumbent president and vice-president from running for high office. This clause had seemed to scotch the chances of Sandra Torres, the country’s ambitious first lady, becoming its first presidenta. But on March 21st she and her husband, Álvaro Colom, announced a novel way to sidestep the rules: they filed for divorce."

What happens to divorce rates when no-fault divorce laws are passed?

Al and Tipper: What Does It Mean?

The Gores belong to the most often divorcing generation in US history.

Continental Airlines is suing nine of its pilots, reports ABC News, claiming they faked divorces in order to draw down their pension funds before retirement. The airline became suspicious when some of the couples continued living together and all nine couples eventually reunited. Continental believes the pilots became worried about the safety of their pension funds, especially after seeing what's happening at other airlines.

Say "Cheese" for a Good Marriage

According to a study by scientists at DePauw University in Indiana, people who frowned a lot in photos when they were kids and teenagers are five times more likely to get divorced later in life than those who smiled in their photos. Unlike an earlier study that claimed happiness is “contagious,” the authors in this […]