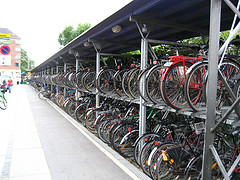 Why It's Hard to Find a Used Bicycle in Denmark

Visiting friends in Copenhagen and cycling around the city, I wondered why so many bicycles were new (and, having experienced Scandinavian pricing, expensive). When I lived in England, I bought a three-speed BSA bicycle from the wonderful Chris Lloyd Bikes repair shop for only £60 (about $100). The bicycle had already lasted 40 or 50 years; according to Laplace’s rule of succession, it would probably last another 40 or 50 years -- at least with regular maintenance. Which I provided. When any problem turned up, I took the bicycle back to Chris Lloyd, who set it right for a right price.

That's the difference from Denmark, with one of the world's highest hourly wages. 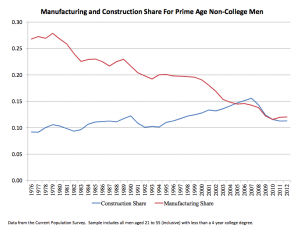 Three of my colleagues and friends at the University of Chicago -- Kerwin Charles, Erik Hurst, and Matt Notowidigdo -- recently presented some new research that aims to understand the ups and downs in the U.S. labor market.  It’s more serious and important than the usual stuff we deal with on the blog, but every once in a while we deviate from trivialities when something really good comes along.

They’ve been kind enough to put together a layperson’s version of the research below.  For those looking for the full-blown academic version, you can find that here.

A Structural Explanation for the Weak Labor Market
By  Kerwin Charles, Erik Hurst, and Matt Notowidigdo

In the aftermath of the Great Recession, the labor market has remained anemic.  Between 2007 and 2010, the employment-to-population ratio of men between the ages of 21 and 55 with less than a four-year degree fell from 82.8 percent to 73.8 percent.  As of mid-2012, the employment-to-population ratio for these men remained depressed at 75.6 percent.[1]

This paper presents empirical evidence that the growth of export manufacturing in Mexico during a period of major trade reforms, the years 1986-2000, altered the distribution of education.  I use variation in the timing of factory openings across municipalities to show that school dropout increased with local expansions in export manufacturing. The magnitudes I find suggest that for every twenty jobs created, one student dropped out of school at grade 9 rather than continuing through to grade 12.  These effects are driven by the least-skilled export-manufacturing jobs which raised the opportunity cost of schooling for students at the margin.

It makes sense, of course, that students on the margin might happily abandon school in favor of a good job. But is that necessarily a bad thing? How should a society balance jobs and educational ambition? And who should be thinking harder about this issue -- India or China? Or perhaps the U.S.?

Writing for Slate, Ray Fisman (who's been on the blog before) explains why "the bottom 20 percent of American families earned less in 2010 than they did in 2006, the year before the recession began":

There are two broad shifts that account for much of this decline: globalization and computerization. From T-shirts to toys, manufacturing jobs have migrated to low-wage countries like Vietnam, Bangladesh, and of course China. Meanwhile, many of the tasks that might have been done by middle-income Americans employed as bookkeepers or middle managers have been replaced by spreadsheets and data algorithms.

Fisman argues that in order to succeed in the new economy, American workers need to shift away from construction and manufacturing jobs to "high touch" professions. "If jobs are being lost to low-wage Indians and computer programs, then what today’s worker needs is a set of skills that offers the personal touch and judgment that can’t be provided by a machine or someone 12 time zones away," writes Fisman. 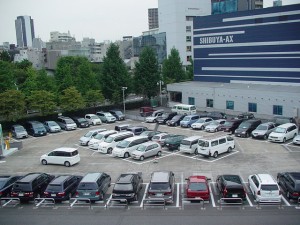 Can Parking Direction Tell Us Anything About Company Morale?

A reader named Tim Wadlow writes in with an interesting theory:

I spent about 10 years as a operations management consultant, working with dirty, dull, and dangerous manufacturing companies.

After spending time at roughly 100 manufacturing locations around the world, I noticed an odd trend: the direction that employees parked in their parking spots highly correlated with employee morale and satisfaction with their jobs. Most of the cars parked forward? A good company to work for, with employees who want to get to work. Most cars backwards? It seems as though the moment that the employee got to work, he or she was planning a quick exit.

Next time you drive by a manufacturing company check it out.

Maybe CEO's should study Google Earth maps of their parking lots to determine if they are changing a companies culture? 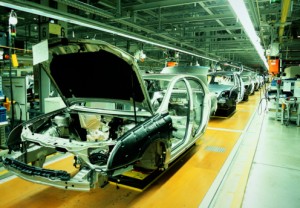 Green-Collar vs. Blue-Collar Jobs: A Difference in Name Only?

Amid ongoing inquiries into the prudence of government loans to failed solar firm Solyndra, and a spate of other bad news on the green jobs front, there is growing concern that the green economy may not be the juggernaut President Obama promised when he vowed after his election to invest $150 billion to generate “five million new green jobs that pay well and can’t be outsourced.” To counter critics, the administration is greenwashing large swaths of the economy—defining “green jobs” down to the point that they are virtually indistinguishable from what we used to call “manufacturing jobs.”

Green jobs are central to arguments that new environmental regulations should be pursued even in a down economy. Supporters of the policies, like California’s carbon cap-and-trade system, claim that even if the cost of regulatory compliance causes job losses in the traditional economy, the regulations will create jobs in the green economy. And green jobs are better jobs, as the President says: high paying, reliably American, and yielding environmental benefits.

Success of the green economy supports the economic defense of environmental policy, which may explain why administration officials were on Capitol Hill last week defending the notion that millions of Americans, from bus drivers to car makers, are employed in “green jobs.”