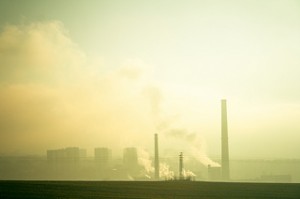 How Does Pollution Affect Productivity?

A new NBER working paper (abstract; PDF) by Tom Chang, Joshua Graff Zivin, Tal Gross, and Matthew Neidell looks at how outdoor air pollution affects the productivity of indoor workers. They studied the effect of PM2.5, "a harmful pollutant that easily penetrates indoor settings," on employees at a pear-packing factory in California, and the potential cost savings of eliminating such pollution:

We find that an increase in PM2.5 outdoors leads to a statistically and economically significant decrease in packing speeds inside the factory, with effects arising at levels well below current air quality standards. In contrast, we find little effect of PM2.5 on hours worked or the decision to work, and little effect of pollutants that do not travel indoors, such as ozone. This effect of outdoor pollution on the productivity of indoor workers suggests a thus far overlooked consequence of pollution. Back-of-the-envelope calculations suggest that nationwide reductions in PM2.5 from 1999 to 2008 generated $19.5 billion in labor cost savings, which is roughly one-third of the total welfare benefits associated with this change. 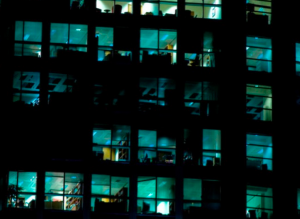 The Inefficiency of Long Hours

The perplexing thing about the cult of overwork is that, as we’ve known for a while, long hours diminish both productivity and quality. Among industrial workers, overtime raises the rate of mistakes and safety mishaps; likewise, for knowledge workers fatigue and sleep-deprivation make it hard to perform at a high cognitive level. As [David] Solomon put it, past a certain point overworked people become “less efficient and less effective.” And the effects are cumulative. The bankers [Alexandra] Michel studied started to break down in their fourth year on the job. They suffered from depression, anxiety, and immune-system problems, and performance reviews showed that their creativity and judgment declined. 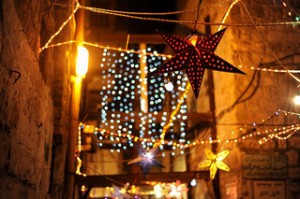 SuperFreakonomics looked at research by Douglas Almond and Bhashkar Mazumder on the birth effects of prenatal exposure to Ramadan. A new paper by Filipe Campante and David Yanagizawa-Drott looks at the economic effects of religious practices, a particularly relevant question this month:

We study the economic effects of religious practices in the context of the observance of Ramadan fasting, one of the central tenets of Islam. To establish causality, we exploit variation in the length of the fasting period due to the rotating Islamic calendar. We report two key, quantitatively meaningful results: 1) longer Ramadan  fasting has a negative effect on output growth in Muslim countries, and 2) it increases subjective well-being among Muslims.

During recent recessions, worker productivity has actually risen -- but economists have been unsure if the result is driven by a changing workforce composition (i.e. more productive workers retaining their jobs) or an increase in effort and productivity on the part of individual workers. In a new paper (gated; working version here), called "Making Do With Less: Working Harder During Recessions," economists Edward P. Lazear, Kathryn L. Shaw, and Christopher Stanton find that it's the latter.  Here's the abstract:

There are two obvious possibilities that can account for the rise in productivity during recent recessions. The first is that the decline in the workforce was not random, and that the average worker was of higher quality during the recession than in the preceding period. The second is that each worker produced more while holding worker quality constant. We call the second effect, “making do with less,” that is, getting more effort from fewer workers. Using data spanning June 2006 to May 2010 on individual worker productivity from a large firm, it is possible to measure the increase in productivity due to effort and sorting. For this firm, the second effect—that workers’ effort increases—dominates the first effect—that the composition of the workforce differs over the business cycle. 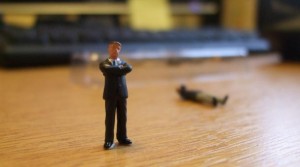 Our latest Freakonomics Radio on Marketplace podcast is called “How Much Does a Good Boss Really Matter?”  (You can download/subscribe at iTunes, get the RSS feed, listen via the media player above, or read the transcript below.)

It's based on a recent working paper called “The Value of Bosses” (abstract; PDF) by Edward Lazear, Kathryn Shaw, and Christopher Stanton. In the podcast, you'll hear Lazear describe the basic problem:

So how can you measure the impact of the bosses? Data, people, data. And Shaw came up with a huge data set from a company that included roughly 23,000 employees and 2,000 bosses. 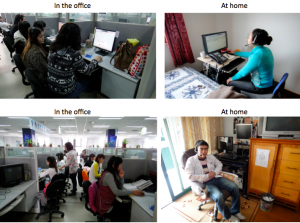 If you work in an office, do you ever find yourself thinking that you could get more work done at home?

That's the question we address in our latest podcast, "There's Cake in the Breakroom!"

You can download/subscribe at iTunes, get the RSS feed, listen via the media player above, or read the transcript below.

There are at least two primary perspectives on this topic:

But there's at least one more perspective to consider. A firm might look at the office rent it pays and think it might be worth the trade-off to let employees work at home instead.

People multitask (in economists’ language, "engage in joint production") in a surprising variety of ways.  A neat example appeared in Brussels Airport, with a sign saying “charge your phone and laptop.” But the charging was done by you sitting on a saddle and peddling a machine that generated the power charging your device.  This combination of activities illustrates the difficulty in classifying activities:  Was it work or was it leisure (exercise), to pick two of the major aggregates that I use in my research?  Was it an investment of time or was it consumption?  In this and many other ways, changing technology renders rapidly obsolete the categories we have created to classify things and activities.

At Least One Labor Measure Was Up During the Recession

Productivity, that is. One factor was the trimming of deadwood; the other seems to be old-fashioned harder work. From a new working paper by Casey Mulligan (emphasis added):

During the recession of 2008-9, labor hours fell sharply, while wages and output per hour rose. Some, but not all, of the productivity and wage increase can be attributed to changing quality of the workforce. The rest of the increase appears to be due to increases in production inputs other than labor hours. All of these findings, plus the drop in consumer expenditure, are consistent with the hypothesis that labor market "distortions" were increasing during the recession and have remained in place during the slow "recovery." Producers appear to be trying to continue production with less labor, rather than cutting labor hours as a means of cutting output. 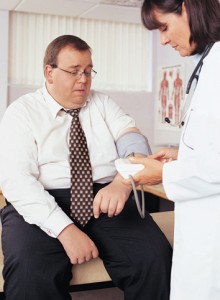 We've been writing a lot about obesity recently. First, it was this study about projected future obesity rates, then we covered Denmark's saturated fat tax, which Steve Sexton then criticized for being inefficient. So, if you're tired of reading fat-related posts on our blog, I get it. But as long as reports like this one from Gallup keep coming out, we're going to keep writing about them, especially when they include so many interesting conversation points.

About 86% of full-time American workers are above normal weight or have at least one chronic condition. These workers miss a combined estimate of 450 million more days of work each year than their healthy counterparts, resulting in an estimated cost of more than $153 billion in lost productivity per year. That's roughly 1% of GDP. 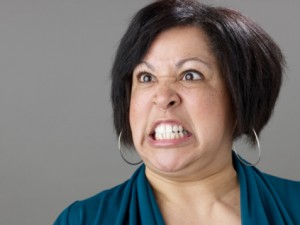 Go Ahead and Get Mad: Why Anger Spurs Creativity (But Not for Long)

A series of studies by Dutch researchers examines the effect anger has on people's problem solving skills, and finds that angry people produce a higher volume of ideas, as well as more creative ones than their non-angry counterparts. The study's authors reason that anger is usually accompanied by a feeling of intense energy and a less-structured style of thinking, two factors that lead to creative forms of brainstorming.

That burst of productivity however is short-lived and ultimately creativity is reduced as a result. The authors found that anger leads to initially higher levels of creativity than sadness, but that anger depletes resources more. As a result creative performance declines over time more for angry people than sad ones.

So, if it's your job to be creative for long periods of time, better to be sad than angry. But if all you need are short bursts of sporadic creativity, rage away.