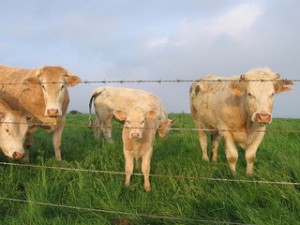 A few years back, we did a podcast about the role of artificial insemination in the livestock industry. Writing for Modern Farmer, Jesse Hirsch reports on what would happen if, for example, foot-and-mouth disease came along and wiped out American's entire population of cows, or pigs, or chickens:

“Let’s say another foot-and-mouth disease comes along, killing off our cows,” says Dr. Harvey Blackburn, repository coordinator. “We have the ability to repopulate entire breeds.”

The National Animal Germplasm Program (NAGP) started in 1999. Its facility stores a huge mishmash of semen — rare and vintage samples, combined with the most common breeds on the market. Blackburn says the everyday strains are just as important as the heirloom semen, if not more so.

As Americans watch Europeans condemn the discovery of horsemeat in their Ikea meatballs, we can take some solace in the fact that, for once, we’ve sidestepped an industrial food-related travesty. Our complacency, however, could be short-lived. Although less dramatic than horse DNA adulterating ground beef, another horse-related scandal is about to implicate U.S. citizens in a scheme that will send tainted horsemeat into foreign markets while enriching U.S. horse slaughterers with taxpayer dollars.

The last U.S.-based horse slaughterhouse closed in 2007. The phasing out of horse slaughter in the United States ended the exportation of U.S.-produced horsemeat to Canada, Europe, and Japan. This development, among other accomplishments, spelled the decline of a niche business that profited from a product that American taxpayers financially supported (through USDA inspection of horse slaughterhouses) but were loathe to consume (plus, it's illegal to sell horsemeat in the U.S.). 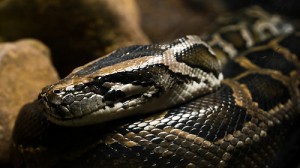 Will Florida's Python Hunt Get Hit By the Cobra Effect?

A number of readers -- an astonishingly high number, in fact -- alerted us to a story about Python Challenge 2013, an effort by Florida's Fish and Wildlife Conservation Commission to "enlist both the general public and python permit holders in a month-long harvest of Burmese pythons" for the sake of "[i]ncreasing public awareness about Burmese pythons and how this invasive species is a threat to the Everglades ecosystem." 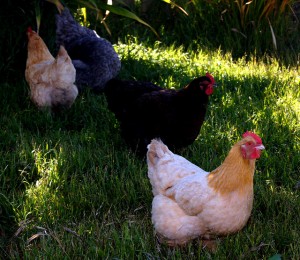 The Cost of a Happier Chicken: Who Pays?

Animal rights activists often oppose animal welfare reforms on the grounds that they make animal production more efficient. Rutgers professor Gary Francione argues this case convincingly, insisting that some “[w]elfare reforms make animal exploitation more profitable by eliminating practices that are economically vulnerable.” He adds, “For the most part, those changes would happen anyway and in the absence of animal welfare campaigns precisely because they do rectify inefficiencies in the production process.”  The point is compelling and controversial: welfare reforms--which so many consumers support--can make it easier for industrial agriculture to turn animals into food.

Improbably enough, industrial producers of animal products agree. As a justification for what concerned consumers perceive to be inhumane practices, factory farmers routinely insist that if they treated their animals poorly, production would decline. Thus, they conclude that consumers need not worry: the animals are doing just fine. Scott Dewald, Vice-President of the Oklahoma Cattlemen’s Association, explains, “Our producers take care of their animals, and we know that an animal that isn’t treated well doesn’t produce.”  Sherrie Niekamp, head of animal welfare for the National Pork Board, echoes this sentiment when she acknowledges that “Animal welfare is . . . a market driven issue.” 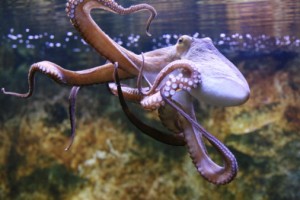 How Smart Is the Octopus?

We've blogged extensively about the often human-like behavior of monkeys, but here's another animal that may give monkeys a run for their money: the octopus.

"Only recently have scientists accorded chimpanzees, so closely related to humans we can share blood transfusions, the dignity of having a mind," writes Sy Montgomery in a new article for Orion Magazine. "But now, increasingly, researchers who study octopuses are convinced that these boneless, alien animals—creatures whose ancestors diverged from the lineage that would lead to ours roughly 500 to 700 million years ago—have developed intelligence, emotions, and individual personalities."

Here's one example of the animal's intelligence: 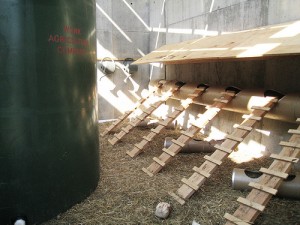 Killing What You Eat: The Dark Side of Compassionate Carnivorism

There’s a relatively new category of conscientious consumer on the rise known as the “compassionate carnivore.” These are meat eaters who have chosen, with good reason, to remove themselves from the horrific practices of factory farming. In her thoughtful book, The Compassionate Carnivore, Catherine Friend puts it this way:

I believe it’s possible to show compassion for animals and still eat them. For me, this means paying attention. It means learning more about the animals I eat and taking some responsibility for their quality of life.

A significant number of meat consumers have taken this message seriously enough to become meat producers. Indeed, the urban homestead movement in particular has inspired untold numbers of urbanites to take compassion to the extreme and become part-time animal farmers themselves.

The rationale for this transition is multifaceted, and often quite convincing. “Those of us that raise our own animals,” one of my critics concisely points out, “are doing so because we don't want to be part of the industrialized agricultural machine that routinely abuses animals for the sake of the almighty dollar.” An urban homesteader from Oakland went one further: “the level of appreciation for nature and life when you slaughter your own meat creates a kind of ethic that I think is what we need to save the world.” 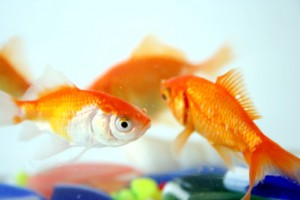 First came a de facto ban of Happy Meals; then a proposal for a ban on circumcisions; now comes a proposal to ban the sale of just about every living animal, including goldfish. From the L.A. Times:

Yes, goldfish. And guppies, gobies, gouramies, glowlight tetras, German blue rams. No fish, no fowl, no reptiles, no amphibians, no cats, no dogs, no gerbils, no rats. If it flies, crawls, runs, swims or slithers, you would not be able to buy it in the city named for the patron saint of animals. 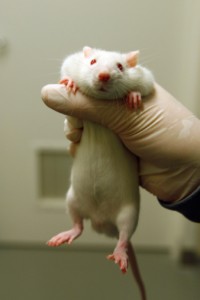 Taking Lab Rats Seriously: The Case Against (Most) Animal Testing

Billions upon billions of animals are used every year for the purposes of scientific experimentation. It’s actually hard to think of another practice that’s as commonplace as it is controversial (biotechnology, perhaps?). It goes without saying that many of these experiments are a waste of time and resources. The NIH, for example, recently spent about $4 million exploring how the menstrual cycles of monkeys were influenced by cocaine, meth, and heroin. Other animal-based experiments, however, appear to have genuine utilitarian value, contributing useful information to our knowledge of Parkinson’s, Alzheimer’s, and several cancers. Delve into this issue and you’ll find that only one thing is certain: clear answers aren’t forthcoming.

I generally believe that animal experimentation is a morally flawed way to accumulate scientific knowledge. That said, I plead agnosticism when it comes to rare cases of direct benefit to human life. I’m sure that if one of my children were afflicted with a life threatening disease and experimentation on monkeys had a plausible chance of finding a cure, I’d reluctantly support that research. As much as I’d like to be consistent on this issue--as I’m able to be with, say, my diet--I’m afraid I must take convenient refuge in Emerson’s saying about foolish consistency and little minds. As I said, nothing about the morality of animal experimentation is easy.

Part Two, Contest Results: Piers Morgan and PETA Take on GoDaddy CEO (or the other way around?)

Last week's post about Bob Parsons, CEO and Founder of GoDaddy, and his face-off against Piers Morgan and PETA over hunting elephants in Zimbabwe generated a lot of comments. Dean Karlan offers a follow-up, choosing a winner for the best comment, and delving further into the debate on whether elephants in Zimbabwe are endangered or if their population needs culling.

Piers Morgan and PETA Take on GoDaddy CEO (Or the Other Way Around?)

Bob Parsons, CEO and Founder of GoDaddy, faces off against Piers Morgan and PETA in a recent video. The issue is simple: Parsons went to Labola, Zimbabwe and killed an elephant, and proudly posted video and photos online. Why? Parsons claims a herd of elephants were wreaking havoc with the crops of local villagers, and that the meat from the killed elephant could feed an African village (literally). I’m guessing (although I’m not sure I care, and he does not say this) that he also is a hunter, and maybe enjoyed the process of the hunt.