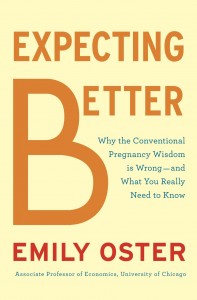 What You Should and Shouldn’t Do When You're Pregnant: Submit Your Questions for Emily Oster

If you’ve ever been pregnant, or been close to someone who is pregnant, you know how many prohibitions there are.  You can’t smoke or drink.  Shellfish are to be avoided.  In my house, conveniently (for the pregnant woman), scooping the cat litter was absolutely out of the question.  Of course, there are also a large number of things you have to do when you are pregnant or are thinking of getting pregnant, like take folic acid.

Is there any evidence to support all these pregnancy rules?  My good friend and colleague Emily Oster (whose research has been featured in SuperFreakonomics and many times on the blog), has just written the definitive book on the subject, entitled Expecting Better: Why the Conventional Pregnancy Wisdom Is Wrong-and What You Really Need to Know

.  She has generously agreed to answer blog reader questions, so fire away in the comments section below and, as always, we'll post her answers in good time!

Here's the Table of Contents to get you started: 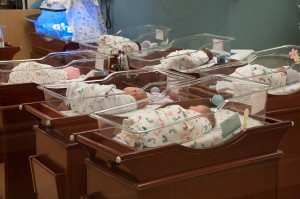 Different Kinds of Moms Have Babies at Different Times of Year

We've written in the past about the relationship between a child's month of birth and a variety of later outcomes. In SuperFreakonomics, for instance, we wrote about research by Douglas Almond and Bhashkar Mazumder showing that "prenatal exposure to Ramadan results in lower birth weight." In a Times column called "A Star Is Made," we examined the link between birth month and accomplishment in sports. We also noted, however, in SuperFreak, that the sports advantage -- and probably many other birth-month influences -- are relatively small:

But as prevalent as birth effects are, it would be wrong to overemphasize their pull. Birth timing may push a marginal child over the edge, but other forces are far, far more powerful. If you want your child to play Major League Baseball, the most important thing you can do — infinitely more important than timing an August delivery date — is make sure the baby isn’t born with two X chromosomes. Now that you’ve got a son instead of a daughter, you should know about a single factor that makes him eight hundred times more likely to play in the majors than a random boy.

What could possibly have such a mighty influence?

Having a father who also played Major League Baseball. So if your son doesn’t make the majors, you have no one to blame but yourself: you should have practiced harder when you were a kid.

That said, there is a rather large body of literature on the topic of birth month and its relationship to later outcomes. Which is why it's interesting to see a paper (working version here), just published in The Review of Economics and Statistics, which offers a different angle on all this birth-month conversation. 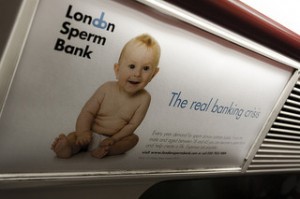 Alex Tabarrok explores the world of egg donation, which is heavily regulated by the Society for Assisted Reproductive Technology (SART) and the American Society for Reproductive Medicine (ASRM).  The two organizations effectively limit egg donor compensation to $5,000-$10,000, acting as a "buyer's cartel," in Tabarrok's words:

In 2004, the Australian government introduced a $4,000 lump sum payment for having a baby, known as the Baby Bonus. [Note: it was judged to be somewhat effective.]

The anecdotal evidence is that this instantly created a huge wave of young unmarried teenage mothers from lower socioeconomic communities who saw the BB as a great big "free money" sign.  At the time it was also referred to as the "Plasma TV" bonus. Anyway, many teenage mothers had many babies, and received many payments. But obviously the motivation was money, not family. And $4,000 does not go very far when bringing up kids, as you know.

So after I read your "Abortion Reduces Crime" study, I wondered whether the BB would demonstrate the inverse scenario.

As you will note in this article from my local newspaper, it appears there is now evidence of the beginnings of a new juvenile crime wave.

It is easy to see how a baby bonus, like a variety of bounties we've explored, can have unintended consequences. It is a good research question, to be sure. (Australia is hardly the only country to have tried this.)

I came to the U.S. 7 years ago, worked in U.K./Switzerland/Netherlands/India prior to that. I work in human resources and have been fortunate to have been successful thus far in my career. We are moving on to a new location and a new job this year but this year will also perhaps give me an opportunity to invest some time/leadership on a cause that I have been very keen to "do something about": contribute towards improving the lot of the girl child in India.

I have always thought of crowd-sourcing an incentive scheme by which we will "adopt" a few girls in their womb and give the parents a small amount every month, $50, to give birth to their girl child, to educate her till the age of 21. I was even more determined to do this in the wake of all the news about crimes against women in India -- but then I heard your podcast on the "Cobra Effect."

I would love to connect and get your thoughts on "scheming" this incentive forward!

The Benefits of the Safety Net

A growing economics literature establishes a causal link between in utero shocks and health and human capital in adulthood. Most studies rely on extreme negative shocks such as famine and pandemics. We are the first to examine the impact of a positive and policy-driven change in economic resources available in utero and during childhood. In particular, we focus on the introduction of a key element of the U.S. safety net, the Food Stamp Program, which was rolled out across counties in the U.S. between 1961 and 1975. We use the Panel Study of Income Dynamics to assemble unique data linking family background and county of residence in early childhood to adult health and economic outcomes. 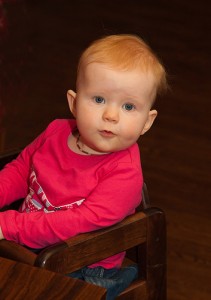 Baby Talk: The Benefits of Bilingualism

To all you new parents out there: if you're trying to decide whether to spring for that Mandarin-speaking nanny, the answer is yes. Signing up your child for Chinese language kindergarten classes will be far too late.

A study in the Journal of Phonetics about bilingual learning offers new insight into babies and their relationship to the spoken word. Researchers at the University of Washington's Institute for Learning & Brain Sciences compared the brain functions of babies raised in a monolingual household to those raised in a bilingual household, and found that bilingual babies are more likely to maintain their language learning ability for a longer period of time.