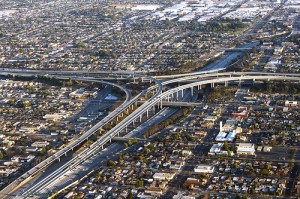 Democracy: Should We Bother?

What could be less controversial than the principle that the public should be consulted about transportation policy? In future posts, I’m going to write about why puppy dogs are despicable and why we should all root for the Miami Heat, but for today I’m going to question this seemingly unquestionable proposition.

There is good reason that one of modern transportation planning’s most fundamental precepts is that the public should be consulted on policies large and small, from constructing a new subway line to changing a humble bus schedule. This is the product of very real abuses, particularly during the creation of the Interstate Highway System. At that time, government had virtual carte blanche to displace residents and bulldoze neighborhoods. For example, for Los Angeles’s Harbor Freeway in the late 1940s, the condemnation resolution for the right-of-way was approved by the court the day after it was filed by the state. The following day, every piece of property along the route was posted with a fifteen day notice to vacate. And less than three weeks after the filing of the condemnation resolution, the Division of Highways began clearing the property. 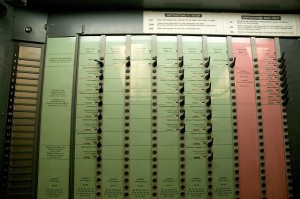 An Alternative to Democracy?

With the U.S. presidential election nearly here, everyone seems to have politics on their mind.  Unlike most people, economists tend to have an indifference towards voting.  The way economists see it, the chances of an individual’s vote influencing an election outcome is vanishingly small, so unless it is fun to vote, it doesn’t make much sense to do so.  On top of that, there are a number of theoretical results, most famously Arrow’s Impossibility Theorem, which highlight how difficult it is to design political systems/voting mechanisms that reliably aggregate the preferences of the electorate.

Mostly, these theoretical explorations into the virtues and vices of democracy leave me yawning.

Last spring, however, my colleague Glen Weyl mentioned an idea along these lines that was so simple and elegant that I was amazed no one had ever thought of it before.  In Glen’s voting mechanism, every voter can vote as many times as he or she likes.  The catch, however, is that you have to pay each time you vote, and the amount you have to pay is a function of the square of the number of votes you cast.

Question of the Day: Should We Just Let Murderers Do Their Thing?

I heard that Chicago will be pouring up to $14 million into police overtime to prevent murder and violent crime.

It got me thinking: is it cheaper to prevent this kind of crime, or to just let it happen and clean up the mess afterwards?

It would be hard to find many people, even economists, who would arguing that "just letting it happen" isn't an outcome that society should even think about accepting. 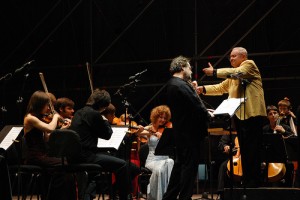 Democracy, Live and in Concert

At Saturday’s concert by the Chamber Orchestra Kremlin, the program offered a menu for the second half: The audience was to vote on whether it wished to hear the Tschaikovsky Serenade, the Dvorák Serenade, or Schubert’s Death and the Maiden Quartet (arranged for small string orchestra). After the intermission, the conductor briefly discussed each composer and described each piece, then asked for a show of hands.

I was worried: What if a plurality favored the Schubert (my choice), but the Dvorák had been a close second, with a majority of people vehemently against hearing the Schubert performed by anything other than four string instruments? I don’t imagine that second-preference voting would have been possible (fancier voting schemes regrettably generate larger transactions costs), so we would have listened to the Schubert even though more people would have been better off with the Dvorák.

Fortunately, a small majority of the audience shared my preference and we achieved the first-best (and heard a wonderful performance)! 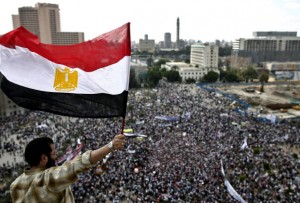 Does Democracy Make Us Richer and Better Educated? Or Is It the Other Way Around?

It's one of the ultimate chicken or egg questions: Does democracy lead to increases in education and income, or do education and higher income lead to democracy? It's a tricky one, considering that over the last 200 years, they've essentially moved in tandem across much of the developed world.

So which is affecting which? A new working paper (full version here) by Fabrice Murtin and Romain Wacziarg attempts to untangle the two to understand whether democracy grows from education and higher income, or vice versa.