Good News For People Who Rely on Movie Reviews

According to a new working paper by Stefano DellaVigna and Johannes Hermle, movie reviews aren't biased by media ownership. The paper is called "Does Conflict of Interest Lead to Biased Coverage? Evidence from Movie Reviews." 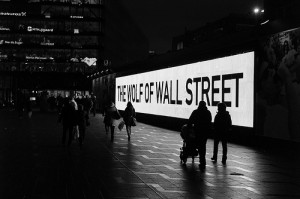 Watching The Wolf of Wall Street was a guilty pleasure for me.  It wasn’t that the movie valorizes Jordan Belfort’s crimes, which defrauded victims of more than a hundred million dollars, but I felt uneasy about being entertained by a work of art indirectly derived from the pain of others – especially since it wasn’t clear that the injured parties were participating in the movie’s profits.

The movie literally and figuratively kept the victims of Belfort’s fraud outside the frame. In only a few scenes do we hear even the disembodied voices of the defrauded investors.  But imagine what it would be like to watch the movie in the presence of one of Belfort’s 1,500 real-life victims, whose ranks included architects, engineers, insurance agents, real estate appraisers, and other middle-class professionals.

The movie repeats Belfort’s claim that his firm only targeted the super-rich. The idea is that we needn’t worry so much about who was hurt by these crimes, because these investors were so wealthy that they wouldn’t be as impacted by the loss of a few dollars. But some of his victims’ families tell a very different story: “My father lost practically a quarter-million dollars,” said one man, whose father, an engineer, was cold-called at home by a Stratton broker. His father suffered a stroke under the stress of his losses. As another investor puts it: “I’m not a rich guy, and I’ve been paying for it ever since.”

1. Movie tickets cost as much as $48; "Star Wars" creator George Lucas predicts that ticket prices are only going up. (HT: SM Fishman)

2. Name wars: Borghese Inc. fights the Borghese family for the right to market with the royal name.

4. An interactive data map (in French) of Paris Metro lines crossed with socioeconomic and political indicators. 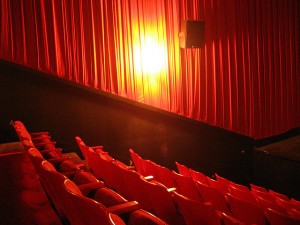 The Multiplex Strikes Back

In The Knockoff Economy,

we wrote about how turning products into experiences is one way to blunt the detrimental effects of copies. Products – especially digital ones – are often very easy to copy. But experiences can be highly copy-resistant.  Just think of music: it’s easy to pirate a song, but it’s very difficult to effectively pirate a live show. Or movies: it’s easy to pirate a film, but it’s impossible to pirate the experience of watching a movie at a premium theater like The Arclight Hollywood in Los Angeles.  You can’t cheaply copy the comfy reserved seats, the fancy food and drink, the great sight lines and sound.

All this, of course, comes at a price. But it helps justify the idea of going to a movie theater in an age when home downloads, on a widescreen computer monitor, can be pretty good. 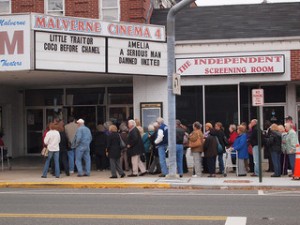 Seniors at the Movies

Our local movie house in suburban London charges £11.90 for a regular ticket, and even seniors pay £8.90 (over $13).  But there is a special for seniors (ages 60+):  Every Tuesday they show a recent movie (e.g., Lincoln is showing on May 21) and charge only £3 ($4.60).  Moreover, you get “free tea, coffee and biscuits!” Such a deal—so how can they make money off this, or is it just altruism by the theater owners toward us old folks?

The movie costs no extra rental, and the only variable costs are the wages of the one or two workers who sell the tickets and make the eats.  The fixed costs—of the movie rental, the theater and heating/electricity, are irrelevant for the owner’s decision.  I should think that, if they can sell even 20 tickets, they will increase their profits. 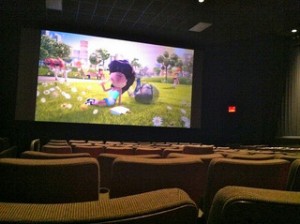 The hit movie of a few weeks ago was Breaking Dawn Part 2, which several of my grandkids saw on opening night.  A grandson reports that at the first showing there was a full 30 minutes of advertisements before the movie, more than he’d ever seen. He figured correctly that the captive audience (people lined up for hours to see the first showing) would fill the theater immediately, implicitly increasing the demand for advertisements.  That made the advertising time more valuable, so the theater responded by offering more ads. I would bet too that they charged the advertisers more per minute for the right to show their ads—implicitly thus increasing price as well as quantity.  (HT to SCH)

Argo Vs. the Three Little Pigs

I saw Argo the other night (yes yes, very good, and kudos to all involved). But then I watched this TV ad - for a newspaper, of all things!, the Guardian - and I think it may end up being more memorable than the film.

The ad, made by Bartle Bogle Hegarty, has been duly recognized. 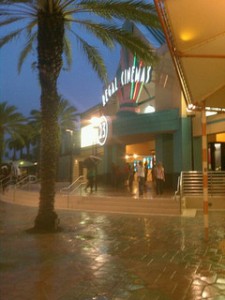 In Case of Rain

In the town where we stay on the New Jersey shore the local movie theater advertises: In case of rain, we will have an extra show at 1PM on weekdays. Pretty clever. If it’s rainy, the demand curve for going to the movies shifts rightward—who wants to go to the beach in the rain. Accordingly, the theater increases the amount of showings supplied to the market. But why don’t they raise the price of tickets on bad-weather days? Presumably because it would create bad will among customers who might feel exploited, but perhaps there are other reasons. (I can’t imagine that it is difficult to alter prices on a daily basis.) 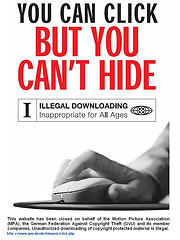 How Much Do Music and Movie Piracy Really Hurt the U.S. Economy?

Supporters of stronger intellectual property enforcement -- such as those behind the proposed new Stop Online Piracy Act (SOPA) and Protect IP Act (PIPA) bills in Congress -- argue that online piracy is a huge problem, one which costs the U.S. economy between $200 and $250 billion per year, and is responsible for the loss of 750,000 American jobs.

These numbers seem truly dire: a $250 billion per year loss would be almost $800 for every man, woman, and child in America. And 750,000 jobs – that’s twice the number of those employed in the entire motion picture industry in 2010.

The good news is that the numbers are wrong. 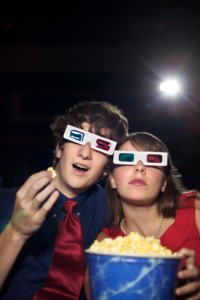