A new NBER paper by Richard B. Freeman and Wei Huang looks at the ethnic diversity of research collaborators. They find that papers with more authors in more locations tend to be cited more:

This study examines the ethnic identify of the authors of over 1.5 million scientific papers written solely in the US from 1985 to 2008. In this period the proportion of US-based authors with English and European names fell while the proportion of US-based authors with names from China and other developing countries increased. The evidence shows that persons of similar ethnicity co- author together more frequently than can be explained by chance given their proportions in the population of authors. This homophily in research collaborations is associated with weaker scientific contributions. Researchers with weaker past publication records are more likely to write with members of ethnicity than other researchers. Papers with greater homophily tend to be published in lower impact journals and to receive fewer citations than others, even holding fixed the previous publishing performance of the authors. Going beyond ethnic homophily, we find that papers with more authors in more locations and with longer lists of references tend to be published in relatively high impact journals and to receive more citations than other papers. These findings and those on homophily suggest that diversity in inputs into papers leads to greater contributions to science, as measured by impact factors and citations. 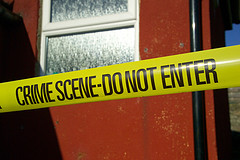 Don’t Remind Criminals They Are Criminals

Psychologists have long argued about the power of priming, i.e the power of subtle cues and reminders to influence behavior.  For instance, there are a number of academic papers that find that if you make a woman write down her name and circle her gender before taking a math test, she will do substantially worse than if she just writes her name.  The idea is that women perceive that they are not good at math, and circling their gender reminds them that they are women and therefore should be bad at math.  I’ve always been skeptical of these results (and indeed failed to replicate them in one study I did with Roland Fryer and John List) because gender is such a powerful part of our identities that it's hard for me to believe that we need to remind women that they are women!

In an interesting new study, "Bad Boys: The Effect of Criminal Identity on Dishonesty," Alain Cohn, Michel Andre Marechal, and Thomas Noll find some fascinating priming effects.  They went into a maximum security prison and had prisoners privately flip coins and then report how many times the coin came up “heads.”  The more “heads” they got, the more money they received.  While the authors can’t tell if any one prisoner is honest or not, they know that on average “heads” comes up half the time, so they can measure in aggregate how much lying there is.  Before the study, they had half the prisoners answer the question “What were you convicted for?” and the other half “How many hours per week do you watch television on average?”  The result: 66 percent “heads” in the treatment where they ask about convictions and “only” 60 percent “heads” in the TV treatment.

What are the individual rewards to working in teams? This question extends across many production settings but is of long-standing interest in science and innovation, where the “Matthew Effect” [a.k.a. "the rich get richer and the poor get poorer" suggests that eminent team members garner credit for great works at the expense of less eminent team members. In this paper, we study this question in reverse, examining highly negative events – article retractions. Using the Web of Science, we investigate how retractions affect citations to the authors’ prior publications. We find that the Matthew Effect works in reverse – namely, scientific misconduct imposes little citation penalty on eminent coauthors. By contrast, less eminent coauthors face substantial citation declines to their prior work, and especially when they are teamed with an eminent author. A simple Bayesian model is used to interpret the results. These findings suggest that a good reputation can have protective properties, but at the expense of those with less established reputations.

To me, this finding is a bit surprising at first glance but, upon second glance, not really -- but still fascinating.

If you are even a little bit interested in this topic and don't know about the Retraction Watch website, you should. A few recent examples:

To evaluate the statistical significance of an effect, you calculate the so-called p value; if the p value is small enough, the effect is declared statistically significant. For an example to illustrate the calculations, imagine that your two children Alice and Bob play 30 rounds of the card game "War," and that the results are 20-10 in favor of Bob. Was he cheating?

To calculate the p value, you need an assumption, called the null (or no-effect) hypothesis: here, that the game results are due to chance (i.e. no cheating). The p value is the probability of getting results at least as extreme as the actual results of 20-10. Here, the probability of Bob's winning at least 20 games is 0.049. (Try it out at Daniel Sloper’s "Cumulative Binomial Probability Calculator.")

Research from My Favorite Economic Gabfest

I’ve just gotten back home after a terrific few days at the Brookings Panel on Economic Activity.  It’s my favorite gabfest of the year, featuring economic analysis that is both serious research, and also connected to ongoing policy debates.  (OK, I’m biased--I’m an editor, and organize the conference along with Berkeley’s David Romer.)  And while I think some of you may enjoy slogging your way through the latest papers, others may prefer your summaries simpler and lighter. So I went ahead and recorded a few short videos summarizing the papers. I hope you enjoy! 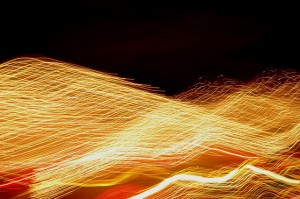 I recently had occasion to e-chat with Rocky Kolb, a well-regarded astronomer and astrophysicist at the University of Chicago. Talk turned, of course, to the recent likely discovery of the Higgs boson -- but, as Kolb talk about that, he raised an even broader and more interesting point about scientific discovery.

He was good enough to write up his thoughts in a guest blog post that I am pleased to present below:

Faster Than Light
By Rocky Kolb

After the news coverage of the past week, everyone now understands what a Higgs particle is, and why physicists were so excited about the July 4th announcement of its probable discovery at CERN, a huge European physics accelerator laboratory.  (The disclaimer “probable” is because it could turn out that the new particle seen at CERN is not the Higgs after all, but an imposter particle with properties like the Higgs.)

For a few days it was common to see, hear, or read my colleagues struggling to explain why the discovery of a Higgs particle is a triumph for science.  But after a week of physics in the news, the media has moved on to cover the Tom Cruise-Katie Holmes divorce and shark sightings near beaches.  Perhaps all the public will be left with is a memory that there was a triumph for science.  Science works: theories are tested and confirmed by experiment.

I think that the CERN Higgs discovery was, indeed, a triumph for science.  However, the Higgs was not the only dramatic announcement at CERN in the past year.  But the other dramatic result is something many physicists would rather forget. 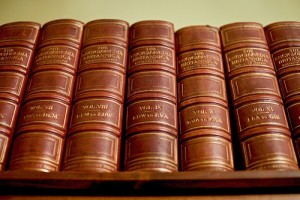 Yes, I Just Paid $1,600 for a Set of Encyclopaedia Britannica

Encyclopaedia Britannica has declared that its latest print edition will be its last; from here on out, everything will be digital. Jim Romenesko rounds up coverage from the Times, the Chicago Tribune, and elsewhere. I am not much of an impulse buyer, but when I read that there were only 800 sets remaining -- that's what they say, at least -- I jumped right in and paid nearly $1,600 to have a set shipped to my home in New York.

Warning: what follows is a horribly long, inside-baseball post that most people will likely have little interest in reading, and which I had little interest in writing. But it did need to be written. Apologies for the length and the indulgence; we will soon return to our regular programming.

I. Going on the attack is generally more fun, profitable, and attention-getting than playing defense. Politicians know this; athletes know it; even academics know it. Or perhaps I should say that especially academics know it?

Given the nature of the Freakonomics work that Steve Levitt and I do, we get our fair share of critiques. Some are ideological or political; others are emotional.

We generally look over such critiques to see if they contain worthwhile feedback, or point to an error in need of correction. But for the most part, we tend to not reply to critiques. It seems only fair to let critics have their say (as writers, we’ve already had ours). Furthermore, spending one’s time responding to wayward attacks is the kind of chore you’d rather skip in order to get on with your work.

But occasionally an attack is so spectacularly ridiculous, so riddled with errors and mangled logic, that it’s worth addressing.

The following essay responds to two such attacks. The first one was relatively minor, a recent blog post written by a Yale professor. The second was more substantial, an essay by a pair of statisticians in American Scientist. Feel free to skip ahead to that one (at section III below), or buckle up for the whole bumpy ride. 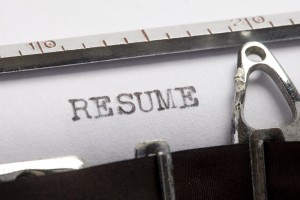 “Audit studies” have been popular in labor economics research for 10 years.  The researcher sends resumés of artificial job applicants in response to job openings. Typically there is a crucial difference in some characteristic of the person that indicates a particular racial/gender/ethnic or other group to which one person within a pair of resumés belongs while the other does not.  The differential response of employers to the difference in the characteristic implied by the resumés is taken as a measure of discrimination in hiring.

Research Ideas From a Mexican Reader

I live in Mexico and have often wondered why more American economists and students of economics don't often venture down here because the country offers what seems, to me at least, a treasure trove of economic oddities that should fascinate anyone interested in how markets work.

* As Mexico is heading toward what's likely to be the second most important election in its history, the subject of vote-buying is of particular interest if for no other reason than that it's practiced fairly openly, especially in rural areas. I know that during the last elections, here in Yucatan, votes were being bought, in cash, for around $80. (Pigs and cows were also exchanged for votes, but I wasn't ever able to find out what the "going rate" was for those particular transactions.) There are, of course, people employed by the major political parties who specialize in determining what votes are worth throughout the country. I imagine they're easier to find, and talk to, than you might expect.

* There's also the rather intriguing issue of how Mexican real estate agents determine a reasonable price for any given property they're hoping to sell. The problem is that it's customary to decrease the tax burden on the sale of a home by getting the buyer to lie about how much he or paid. In other words, the sales prices stated in government records are almost never accurate. Everyone knows this. And yet, properties regularly change hands and real estate agents do manage to make a living. But how?