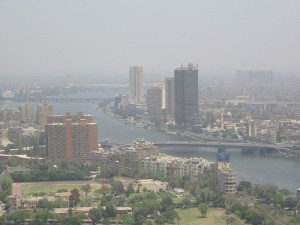 There are plenty of transportation policy ideas which get my spider-sense tingling. But in most cases, I think it’s at least possible to form a coherent case in favor which doesn’t strain the basic tenets of logical argumentation. However, I am pretty much at a loss when it comes to government subsidies for transportation fuel, a strong candidate for the title of the world’s dumbest transportation policy.

In the developed world, governments often don’t tax fuel enough to make up for the externalities produced by driving. (Yes, United States, stop shuffling your feet and looking at the ground, I mean you.) But I’ve whined about that enough in the past.

In this post, let’s look at an even more egregious situation that is disturbingly prevalent in the developing world, especially in oil-producing countries (see this). Many governments not only do not tax fuel enough, but actually expend revenue to subsidize fuel and keep gas prices artificially low. In effect, they are paying people to drive. 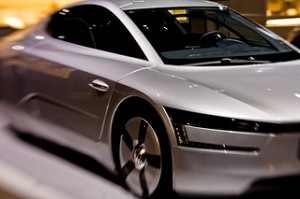 Volkswagen has designed it, it's called the XL1:

The XL1 represents the car as blue-ribbon science fair project. But unlike other megacars, which are built to maximize speed and power, this one, more than ten years and upward of a billion dollars in the designing, contains not one centimeter of wasted space or poundage. The engineers eliminated power steering because it would have added 10 kilograms. For maximum lightness, the core of its body and chassis is comprised of a one-piece molded carbon-fiber monocoque. The magnesium wheels get wrapped in custom-light Michelin rubber. The windows lower with hand cranks. There’s no radio — the sound system wraps through the Garmin GPS — and no place to plug in your smartphone, because Bluetooth is lighter.

A Better Way to Think About Sustainability

In a recent TED talk for TED2013, design consultant Leyla Acaroglu tackles some persistent sustainability myths and advocates a new way of thinking about sustainability. From the TED blog:

Acaroglu wants you to think beyond choosing a material for your grocery tote. Instead, she encourages us to think about the entire life of a finished product, to think hard about the net impact a product has on the environment. This is life-cycle thinking, not just whether a product can be recycled, but all the parts of its existence: material extraction, manufacturing, packaging and transportation, product use, and end of life.

Electric tea kettles, for example, are an unlikely drain on the environment:

In the UK, 97 percent of households have an electric tea kettle, and 65 percent of tea drinkers admit to overfilling their kettles, boiling way more water than they need for a cuppa. One day of extra energy use from these kettles is enough to light all the streetlights in London for a night. What we need, Acaroglu says, is not better materials for the tea kettle, but a behavior-changing kettle that helps you boil just what you need. 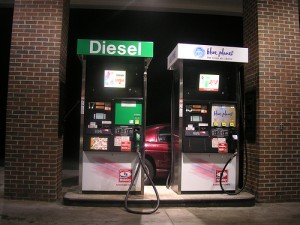 An End to the Gas Tax?

When you are a transportation professor, it is your privilege to hear a lot of zany ideas. I have heard about a scheme to create a fleet of intercontinental freight zeppelins (actually, this may not be quite as zany as it sounds). Fifty years after The Jetsons, there are still dogged advocates of flying cars. The most common thing I hear is that we should attack congestion by building monorails down the medians of the freeways. I have no idea how the monorail has bewitched our citizenry (too many trips to Disneyland?), or what precisely is so offensive about the idea of trains that run on two rails, but it’s amazing how beloved the monorail is, so much so that an episode of the Simpsons parodied it. Monorail! Monorail!

Because I love hearing people’s ideas and have no desire to be rude, I engage in an exacting regimen of meditation, yoga, and deep breathing so I can exhibit the equanimity of a lama when hearing goofy ideas. But occasionally something comes up that none of my mantras or self-hypnosis can handle.

To my mind, Governor Bob McDonnell has fashioned one such idea. He is proposing eliminating the state’s gas tax.

Consuming More Energy in the Pursuit of Saving Energy

Next week, we'll be putting out a Freakonomics Radio podcast called "The Cobra Effect." Without spilling the details now, I'll tell you that it's about unintended consequences, the kind of stuff that happens when clever-seeming incentives are let loose on an even cleverer public.

With that in mind, I was intrigued by the following e-mail from a reader named Eugene Kim:

My locality in Virginia has mandated biennial emissions inspections for automobiles before registrations can be renewed on those years. Since mine is expiring at the end of this month and it's been two years since my last emissions test, I took my car to the service station this morning. They don't seem to actually measure any emissions; they merely check the OBD computer for stored readings.

Here's where it gets stupid. I don't drive a lot. I take the train to work so I only drive on weekends, if that. (If you're wondering why I even have a car, I bought it when I lived in the Midwest and needed it, but moved to the East Coast shortly thereafter and was upside-down on my loan. Plus I feel strangely vulnerable without a car.) Anyway, my car is idle a lot while the battery charge depletes slowly. And apparently, if it drops to a certain point the computer loses all those readings. I didn't think it had gotten that low since the car hasn't had any problems starting. 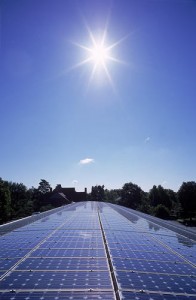 The City of Austin has given us a windfall:  As of October 1, it will pay 12.8 cents per kilowatt-hour for power generated by our new solar system instead of the previous 3 cents/kwh.  Of course, this seems fairer to me—but it also reflects more closely the value of the power we generate for the grid.  Demand varies over the day and season, and the city prices higher when more power is used (in summers, mostly for air conditioning)—it engages in peak-load pricing, a form of price discrimination.  Supply is limited by capacity, and in some cases in summer the capacity constraint is reached.  The power we produce is storable, presumably for release during the peak times when its opportunity cost is highest.  Thus the increased price paid to us reflects the value of what we generate.  Regrettably, my joy at this windfall is tempered by the simultaneous substantially increased price when we must purchase power because our system fails to generate enough for our needs! 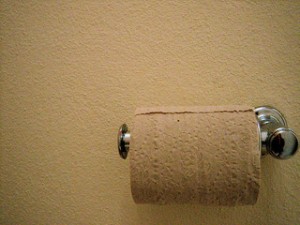 A New Kind of Toilet Paper

Our podcast "The Power of Poop" explored a variety of uses of human waste, including fecal bacteriotherapy (or a "transpoosion"), a poop-powered car, and homes heated with human waste.

Now there's another use. From Israel's Ynetnews:

Dr. Refael Aharon of Applied CleanTech has developed a system capable of turning stinking sewage into a renewable and profitable source of energy. How?

About 99.9% of the drainage which comes out of our homes and flows through pipes is water. The remaining 10% are comprised of solid substances which can be used for the production of cellulose, which is used to produce paper. 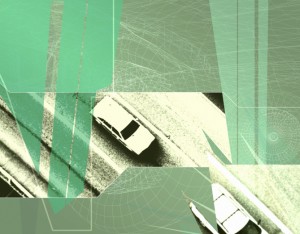 For a singularly grim, if fiercely literary, assessment of the earth’s environmental fate, the grizzled wisdom of Cormac McCarthy is always there to deliver the dark pronouncement that we’re flat-out doomed. “The way of the world is to bloom and to flower and die,” explains the judge in McCarthy’s masterpiece, Blood Meridian. “[B]ut in the affairs of men there is no waning and the noon of his expression signals the onset of night.” Darkness, in essence, will fall at the very moment when we think we’re out-of-our-mind brilliant.

Brilliance in conventional environmentalism has thus far been embodied by the caricature of hybrid-driving solar evangelists with soft spots for local farms, grass-fed beef, and re-useable shopping bags adorned with inscriptions of ecological virtue. Such popular solutions to our environmental quandary come not only with the eager endorsement of a progressive political establishment, but with the added appeal of basic pragmatism. Drive a more fuel-efficient car, eat locally, seek energy-efficient light fixtures, and vote “yes!” for public transit initiatives -- such ideas simply make sense. And thus they’ve become the nuts-and-bolts of modern environmentalism.

This week, Smith College Logic professors prank the whole campus; how much of the world's energy use goes to the Internet? Maps showing the geographic prices of weed, and unbanked America; out of 7 billion, which number human are you? And, why are Japanese women paying to have their teeth messed up? 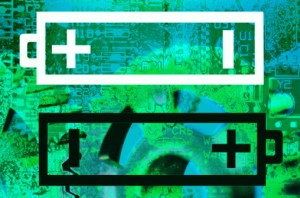 The more time you spend talking with smart people about the energy future, the more you hear about the holy grail: great batteries. To that end, a couple of recent developments in BatteryLand are encouraging news. The first battery of interest comes from MIT:

A radically new approach to the design of batteries, developed by researchers at MIT, could provide a lightweight and inexpensive alternative to existing batteries for electric vehicles and the power grid. The technology could even make “refueling” such batteries as quick and easy as pumping gas into a conventional car. The new battery relies on an innovative architecture called a semi-solid flow cell, in which solid particles are suspended in a carrier liquid and pumped through the system. In this design, the battery’s active components — the positive and negative electrodes, or cathodes and anodes — are composed of particles suspended in a liquid electrolyte. These two different suspensions are pumped through systems separated by a filter, such as a thin porous membrane.