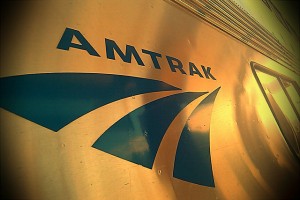 Freakonomics Quorum: Can Amtrak Ever Be Profitable?

Amtrak’s ridership and revenue has been steadily increasing over the last 10 years, and 2011 set a new ridership record with 30.2 million passengers, and $1.9 billion in ticket revenue. But, even though it took in $1.42 billion from Congress last year, it still manages to lose $1 billion annually. This is hardly a new development. Amtrak has a long and storied history of functioning at a loss despite government subsidies.

So, as we enter what appears to be a new era (maybe?) of government austerity, it seems worth asking if Amtrak can ever turn a profit without government help. We rounded up some people who pay attention to this issue and asked for their ideas to fix Amtrak, if it can be fixed at all. 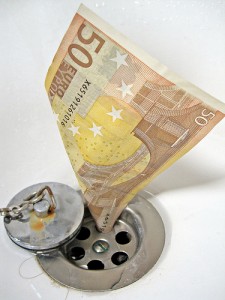 Circling the Drain: Can the Euro Be Saved, Or Is It Doomed? A Freakonomics Quorum

On Jan. 1, 1999, the euro was launched in electronic form. A few years later, amidst much fanfare, 12 European countries began replacing beloved national currencies with the euro, and the currency rapidly became the tender of choice across Europe. Wim Duisenberg, the then-president of the European Central Bank applauded the new currency: "By using the euro notes and coins we give a clear signal of the confidence and hope we have in tomorrow's Europe."

Almost ten years later, things look a little different. The financial crisis that has brought much of the developed world to its knees looks poised to bring down Europe's single currency as well. The cover of this week's Economist reads "Is this really the end?" Inside, the magazine offers the following observation:

The chances of the euro zone being smashed apart have risen alarmingly, thanks to financial panic, a rapidly weakening economic outlook and pigheaded brinkmanship. The odds of a safe landing are dwindling fast. 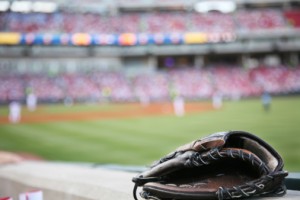 How Best to Realign Major League Baseball: A Freakonomics Quorum

Earlier this summer, ESPN's Buster Olney reported that Major League Baseball and the players' association had recently discussed a form of realignment that would result in two leagues of 15 teams, rather than the current structure of 14 teams in the American League, and 16 in the National League. This sent the sports world into a tizzy as baseball geeks everywhere weighed in on how best to realign MLB. There are a lot of ideas out there: shorten the season so each team gets one day off a week (said to be a favored position of Commissioner Bud Selig), move the Houston Astros or Florida Marlins to the American League; create three divisions of five teams each; do away with the divisions entirely; add an extra wild-card team to expand the playoffs.

There's also a discussion about finding ways to address the disparity in miles traveled. According to this neat interactive graphic put together by Paul Robbins at the New York Times, in 2009, the Dodgers traveled a league-high 59,742 miles, while the Nationals traveled less than half that, 26,266 miles.

Not to be left out, we decided it was a good time to convene a Freakonomics Quorum. We rounded up a handful of sports economists and asked them the following question:

What proposed realignment changes seem to make the most sense from a competitive and economic standpoint for Major League Baseball?

What Happens Next as the World Turns Away From Nuclear Power? A Freakonomics Quorum

A few years ago, we wrote a column (related material here) about the unintended consequences of Jane Fonda -- that is, how anti-nuclear-power activism as epitomized by Fonda's character in the nuclear thriller The China Syndrome helped halt the growth of nuclear power in the U.S. The timing of the film couldn't have been better: 12 days after its release, an accident at the Three Mile Island nuclear plant in Pennsylvania spooked the nation into Fonda's arms -- even though, in retrospect, that accident was far less serious than initially thought.

Many other countries, in the meantime, embraced nuclear power. But if you thought the China Syndrome/Three Mile Island combo was devastating to a nuclear future, consider the aftermath of the Fukushima Daiichi nuclear disaster in Japan. On May 11, Japan announced that it was shelving plans to scale up its nuclear energy capacity. Two weeks later, Germany announced plans to end all nuclear power generation by 2022. The Swiss have vowed to end nuclear power by 2034; and the Italians voted down plans to restart the country's nuclear power program.

How Prevalent Is Insider Trading? And What's to Be Done About It? A Freakonomics Quorum

As I type these words, the biggest insider-trading trial in years, that of Raj Rajaratnam, has just gone to the jury. I haven't followed the trial too closely, but the gist is evident: the line between "insider trading" and the legitimate, if sharp-elbowed, acquisition of useful trading information is extremely blurry. This is hardly the only insider case at the moment. Preet Bharara, U.S. Attorney for the Southern District of New York, famously said last fall that "illegal insider trading is rampant and may even be on the rise." So it seemed a good time to put together a Freakonomics Quorum and ask a couple of straightforward questions.

This year's midterm elections promise to be a bit more eventful than usual, with predictions of seismic change in Congress and in many statehouses, most of it in a blue-to-red direction. But predictions aren't elections; and even if the predictions hold true, what happens next?

While the New York Yankees' 2010 season came to a disappointing close, it would still appear inevitable that the team will want to re-sign Derek Jeter, their franchise shortstop. But it appears just as inevitable that his on-field performance isn't worth nearly as much as he will likely want to be paid.

What Would Micropayments Do for Journalism? A Freakonomics Quorum

The notion of micropayments — a pay-per-click/download web model — is hardly a new one. But as a business model it hasn’t exactly caught fire, or even generated more than an occasional spark. Lately, however, the journalism community has become obsessed with the idea. This is what happens when an existing business model begins to […]

What Would You Do in the Worst Case? A Freakonomics Quorum

Photo: Jamesfischer These are the economic times that try men’s souls, and women’s too. In the past few months, a lot of people have seen their net worth fall substantially, and I’m sure more than a few have contemplated what would happen if they lost everything. So we asked a group of people — Nick […]

Who Are the Outlaws? A Freakonomics Quorum

Photo: soundfromwayout By now it’s a common phrase: “When X are outlawed, only outlaws will have X.” The X has been filled in by, among others: guns, perfume bottles, and Wonderbras. But who are the modern-day outlaws? Do we still have outlaws or did they die off with the last of the frontier towns — […]